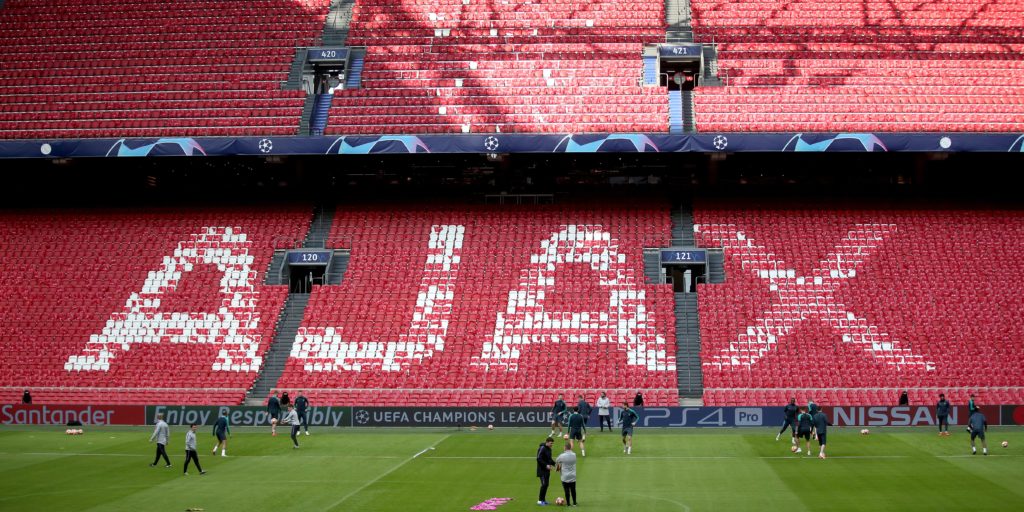 No champions, no promotion or relegation and European qualification decided on the existing league table.

The Dutch Football Association has decided to end the season with no champions, no promotion or relegation and European qualification decided on the existing league table.

The KNVB has called time on the campaign following the Dutch Prime Minister’s decision to ban all sporting events until September due to the coronavirus, with Ajax missing out on being crowned champions.

RKC Waalwijk, who were almost to certain to be relegated, have avoided the drop along with Alan Pardew’s ADO Den Haag, who also looked vulnerable. No teams from the Eerste Divisie will be promoted.

As per UEFA’s directive for qualification for their European competitions to be decided on “sporting merit”, the KNVB has opted to use the league table as it stood when the season was suspended in March.

That means Ajax and AZ Alkmaar, who were separated by goal difference only, go into the Champions League, with Ajax entering at the final stage of qualifying.

A statement from Eredivisie read: “The professional football board, after consulting clubs, players and coaches, and with the approval of the Supervisory Board, has decided to stop the 2019-20 competition and to allow the allocation of European club football spots based on the current league table.

“This is in accordance with UEFA guidelines. In relation to promotion and demotion, it has been decided not to promote and not to be demoted.”A meeting about the premature termination of the Dutch professional football competitions has never taken place before.

“It is a situation that was considered impossible, so that nothing is included in the KNVB regulations.

“Nevertheless, it had to be decided how the European tickets will be distributed this season and whether clubs will be promoted and relegated.

“If so, which clubs are they and on what basis? Aware of the different visions and interests for the clubs, the KNVB is aware that whatever decision had to be made, every option would hurt somewhere.”

The governing body presented the 34 clubs with the option to vote on the issue of promotion and relegation, but after nine votes were returned blank it took the decision into its own hands.

RKC Waalwijk have welcomed the decision, not surprisingly as they were nine points from safety at the bottom of the Eredivisie.

Waalwijk managing director Frank van Mosselveld said: “The KNVB made the decision we hoped for this afternoon by not applying promotion and relegation to the 2019-20 season.

“There is now clarity, so that we can work towards the new season. The KNVB had to make a difficult decision, because there is now a bigger game in the world.”

The Dutch leagues could be the first of many that get called off in the coming weeks, but Ligue 1 remain committed to a resumption of action in mid-June, subject to clearance from the French government.

The top two tiers of French professional football have been suspended since March.

However, the Ligue de Football Professionnel (LFP) has now set out its intention for players to return to club training in the week beginning May 11, with a return to action in mid-June.

An LFP statement read: “The bureau of the LFP board of directors continued its work on the scenario adopted during the meeting of April 10 which provides for a resumption of the championships in mid-June, subject to knowing the conditions of lifting confinement measures, which will be presented by the government in the coming days.

“Under development with the French football federation medical commission and the doctors of professional clubs, this protocol provides in particular for players to return to the training centre in the week of May 11 to carry out a complete medical check-up (cardiological, virological and psychological) , as well as PCR (polymerase chain reaction) tests for coronavirus, then daily medical monitoring, which will be detailed in the protocol finalised by the end of April.”