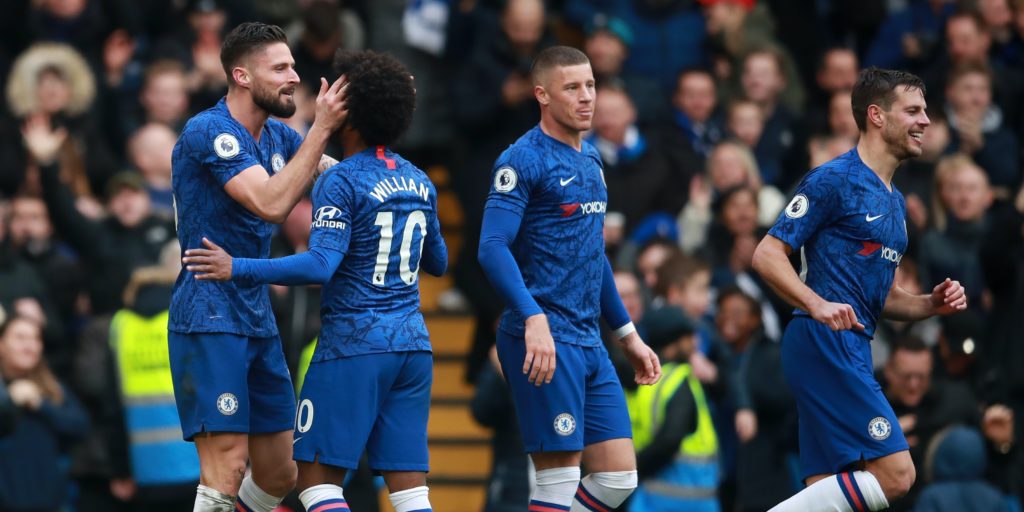 The Blues are doing their bit to help during the pandemic.

Chelsea have decided against imposing a pay cut on their first-team squad, instead requesting the players continue their support for charities during the coronavirus pandemic.

The Blues have been in negotiations with their players about a salary reduction, reportedly around 10 per cent, in an effort to save money during the current crisis.

That is lower than the Premier League’s suggestion of 30 per cent for all clubs but Chelsea have now decided to take a different approach.

Highlighting the #PlayersTogether initiative launched by Premier League players earlier this month which aims to raise and distribute funds for NHS charities, Chelsea have told their stars to focus their efforts on other causes.

A statement on the club website said: “Representatives of the Chelsea board have recently held extensive talks with the men’s first team to discuss how they can contribute financially to the club during the coronavirus crisis.

“The objective of these talks has been to find a meaningful partnership around ensuring we preserve jobs for staff, compensate fans and participate in activities for good causes.

“We are grateful to the team for having played their role in assisting the club with community activities as well as all the charitable causes they have been supporting in their respective home countries and through the Players Together initiative supporting the NHS.

“At this time, the men’s first team will not be contributing towards the club financially and instead the board have directed the team to focus their efforts on further supporting other charitable causes.

“As this crisis develops the club will continue to have conversations with the men’s first team regarding financial contributions to the club’s activities.”

Chelsea also announced they will not be furloughing any of their full-time staff while casual workers and matchday employees are being compensated by the club through to June 30.

Newcastle and Norwich are the only two Premier League clubs using the Government’s job retention scheme for some of their non-playing staff while Liverpool, Tottenham and Bournemouth backtracked on the furlough venture after criticism.

Chelsea’s statement added: “The club can confirm we will not be taking advantage of the Government’s current coronavirus job retention scheme which runs to 30 June.

“We are not planning any general redundancies or furloughs for our full-time staff who are continuing to be paid 100 per cent of their current wages.

“Casual workers and match day staff employed by the club are being compensated by us through 30 June as if matches had been played and we had been operating as normal.”