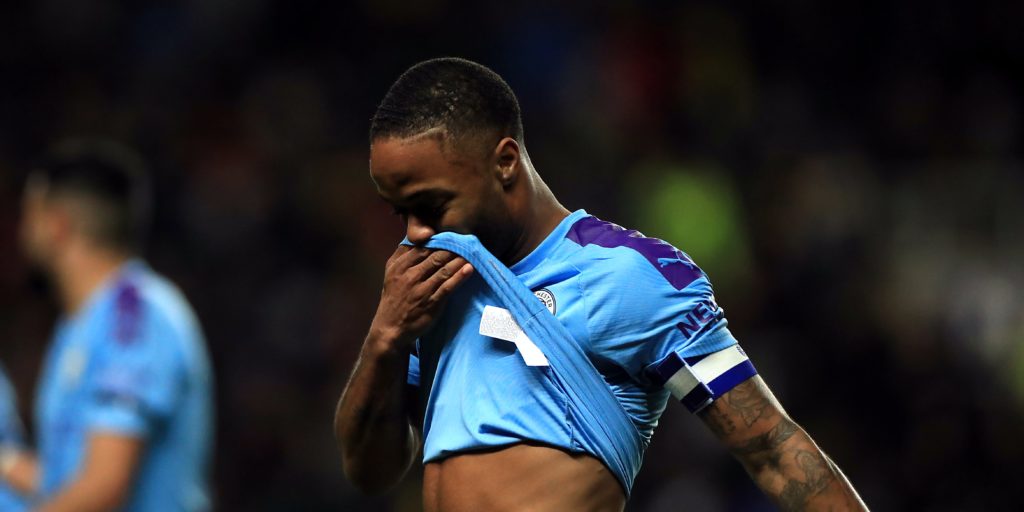 The England international has scored 20 goals in 39 appearances.

Manchester City forward Raheem Sterling says he was 15 goals short of his target when the Premier League season was suspended.

The England international had scored 20 goals in 39 appearances in all competitions when the campaign was ground to a halt by the coronavirus pandemic.

He was well on course to beat his tally of 25 the previous season, despite not scoring since December, but reckons he should already have 30-plus to his name.

“I would say probably I’m about 15 goals off where I want to be,” he said. “Those are the targets, to try and create good numbers but at the same time not just have numbers to have numbers.

“At the end of the day you want to have trophies to back up that season because 10 years from now you can score a lot of goals, but if I can’t look back on those goals as being important for my team and having a great value then those goals were pointless.

“It is one of those, to try and contribute as much as I can but at the end of the season have some medals to show for it.

“There are times where, even this season, it was December, I was on 20 goals and I was not satisfied.

“I haven’t scored since then and I think that is part of the pressure I have been putting on myself. At the same time, a lot of people have been saying, ‘He has been having an alright season’, but if you look at my output I am pretty much close to bettering my record from last season and last season I had a fantastic season.

“It is one of those where I will try to push myself and even when the pressure gets a bit too much we keep going and keep striving.”

That determination to improve and be better is a mentality that Sterling says has been instilled into him at City.

“During my time at City, the most important thing I have learnt is the value of winning,” he added to the BBC. “Before it was, if I won a game then it was good and if I lost a game I was disappointed, but it doesn’t burn you as much.

“Now, if we lose one game in 15 at City you wouldn’t like to be in the dressing room, it is like the worst thing in the world has happened.

“I think that is a great surrounding to be in, that nobody wants to lose or accepts losing.

“I think that is the biggest thing I have learnt since I have been there and is something that I carry with me, not just in football but in anything I do, just that winning mentality to constantly want to win and to not take defeat for an answer.”