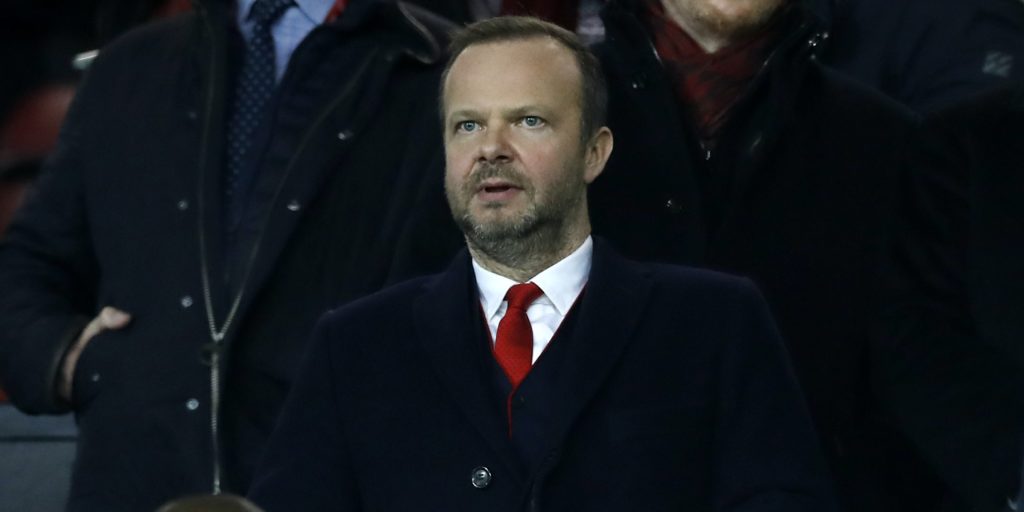 There has been speculation about England captain Harry Kane switching Tottenham for Old Trafford for an eye-watering fee in the region of £200million.

Six weeks have passed since Ole Gunnar Solskjaer’s men last took to the field, roaring to a 5-0 victory at LASK in a Europa League tie played in front of empty stands due to Austria’s coronavirus restrictions.

The Premier League announced the immediate suspension of matches the following day and there remains no clear return date, stretching the finances of clubs at all levels of the football pyramid.

Woodward says everyone in all walks of life are “grappling with such extraordinary challenges” and the United chief outlined a challenging outlook to supporters in a quarterly fans forum held via conference call on Friday.

“We will continue looking for more ways of supporting those in need for as long as the pandemic continues,” he said in his opening remarks.

“This is consistent with our values as a club, our strong roots into our community, and the deep relationships we have with our fans.

“It is also important to acknowledge the part played by our successful business in allowing us to fulfil our social responsibilities.

“We have always believed that our commercial model gives us greater resilience than most clubs and we are grateful for the enduring support of our commercial partners in helping us achieve that.

“However, nobody should be under any illusions about the scale of challenge facing everyone in football and it may not be ‘business as usual’ for any clubs, including ourselves, in the transfer market this summer.

“As ever our priority is the success of team, but we need visibility of the impact across the whole industry, including timings of the transfer window, and the wider financial picture, before we can talk about a return to normality.

“On this basis, I cannot help feeling that speculation around transfers of individual players for hundreds of millions of pounds this summer seems to ignore the realities that face the sport.”

Among the countless players linked to United, there has been speculation recently about England captain Harry Kane switching Tottenham for Old Trafford for an eye-watering fee in the region of GBP 200million.

But such business has always looked unlikely given the economic realities facing clubs at a time when they do not know when they can return to action, and what the backdrop will look like.

“And while it may be that games need to be played behind closed doors in the shorter term, we all recognise that football will not be fully back to normal until supporters are once again in attendance.

“As today’s agenda shows, we are pushing ahead with a series of initiatives to enhance the matchday experience at Old Trafford, including the expansion of the dedicated atmosphere section of the Stretford End, the planned trial of rail seating, and the completion of our expanded state-of-the-art facilities for disabled supporters.

“These matters pale in comparison with the immediate priority of fighting coronavirus.

“But they give us things to look forward to when we are eventually allowed back to Old Trafford to watch football. It will be a very special day when that happens.”

For now, though, Solskjaer’s players remain at home and club employees are unable to go into work as United bid to stop further spread of Covid-19.

Woodward outlined how United are supporting the NHS, the local community and their fans during the crisis at the fans forum, as well as the support for staff at a time when revenues have been hit.

“Protecting our people is another crucial priority,” the executive vice-chairman said.

“That’s why we continued to pay them in full, without recourse to the Government’s current furlough scheme, and made goodwill payments to over 3,000 casual workers to protect their incomes while our operations are disrupted.

“Of course, everyone is grappling with the economic realities of the pandemic and we are no different, so the longer the crisis continues the greater the impact will be for every club, including ourselves”.