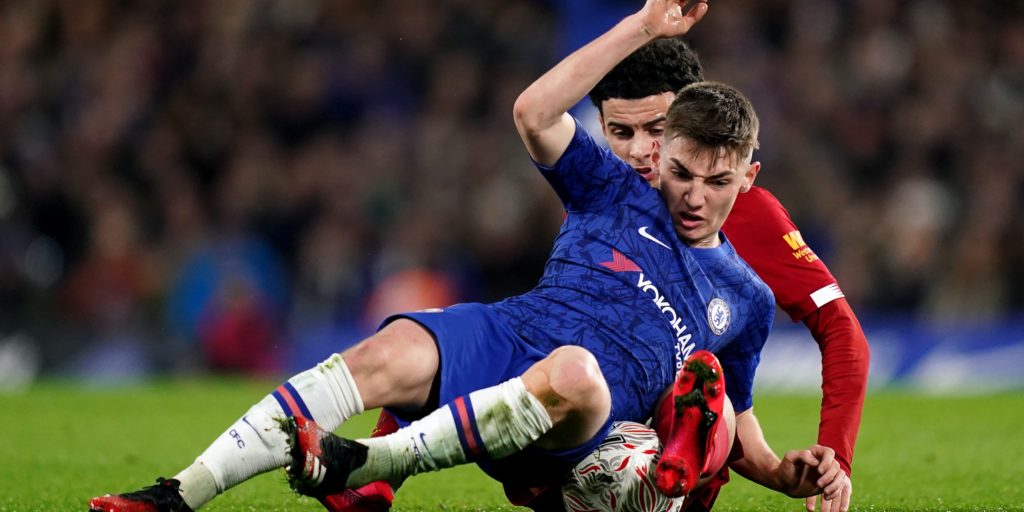 The 18-year-old midfielder shone against Liverpool and Everton.

Rising star Billy Gilmour was thrilled to make his Chelsea first-team breakthrough ahead of the coronavirus shutdown and is hoping a Scotland call-up will eventually follow.

The 18-year-old Glasgow-born midfielder impressed on his Chelsea debut in the FA Cup against Liverpool and took the man-of-the-match award when he made his Premier League bow versus Everton.

Roy Keane was among Gilmour’s many admirers after the display against Everton and he clearly has a very bright future at Chelsea under manager Frank Lampard, who has shown his willingness to give young players a chance at Stamford Bridge.

“I always wanted to go and play in the Premier League to test myself and see what my limit is,” Gilmour told Sky Sports.

“Leading up to the games, I was thinking about what I’m going to do. The gaffer said ‘Go out and play your own game’. That gives you a lot of confidence.

“When I was on the ball I felt good. I had players running off me which made it a lot easier.

“To get first-team experience against Liverpool felt good.

“After the game, I swapped shirts with Andy Robertson. He came up to me after the game and said ‘well done, you played really well, keep doing it and hopefully see you soon in the first-team squad’.

“That was great to hear that from the captain of the country. Everyone knows my feelings about representing my country. Hopefully I’m not far off it. I just need to keep working hard and see where it takes me.”

Gilmour, who says Andreas Iniesta, Xavi and Cesc Fabregas are the players who have inspired him, would be happy to play anywhere in midfield but admits operating in a deep lying role gives him the chance to start play.

He added: “When I first came, I’d say I was more of an attacking midfielder, and then Jody Morris (Chelsea assistant manager) turned me into a deeper player. To get on the ball and start play is best for me, but I am happy playing anywhere.”