Ex-Celtic striker Harald Brattbakk: Title was about being able to stop Rangers 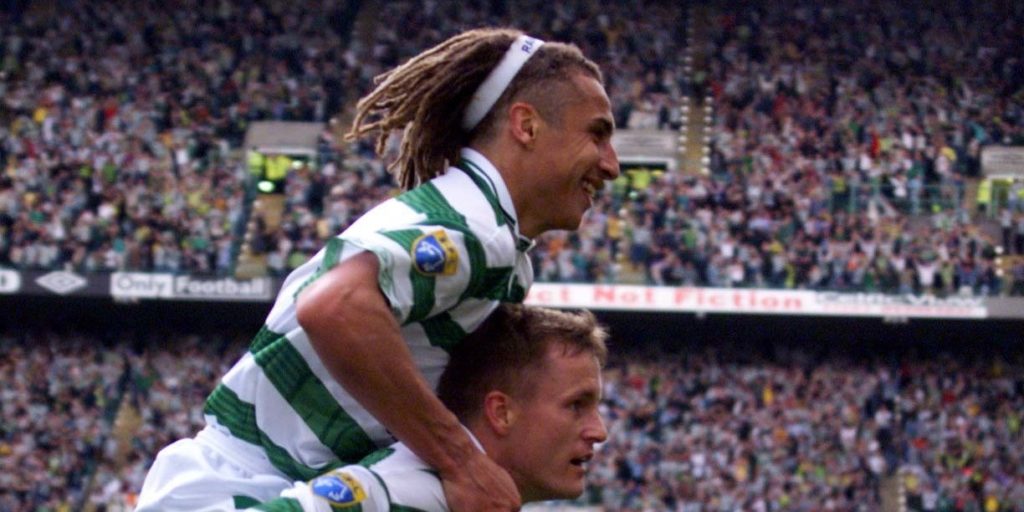 Celtic are expected to clinch a ninth consecutive title soon.

Former Celtic striker Harald Brattbakk admits he has still not grasped the importance of stopping Rangers winning 10 league titles in a row.

The Norwegian scored against St Johnstone as Celtic clinched their first title in a decade in 1998, in a match which was repeated on television at the weekend.

With Celtic expected to clinch a ninth consecutive title soon – on or off the park – Rangers face the same challenge in the coming season.

“I had absolutely no idea how important that was,” Brattbakk told PLZ Soccer. “Even though I was told from the day I came that this year was about being able to stop Rangers from getting 10 in a row.

“The importance of stopping them is much more important than winning nine in a row.

“I still can’t believe how important it was. But obviously being able to talk about one game and one season 22 years later tells you how big it was.

“I was back in Glasgow a couple of times this year and so many people came up to me and talked about this.”

UEFA last week opened up the prospect of clear leaders Celtic being awarded the title if finishing the season proves impossible but the situation remains uncertain amid increased hopes in England of resuming football behind closed doors.

Brattbakk also senses optimism in Norway that football can start again in the summer.

Norway’s death toll is just over 200 and new cases appear to have peaked in late March.

The former Rosenborg striker said: “A few days ago it came out that the government said all gatherings over 500 people are banned until September 1. So that will certainly shut the doors on football. But the federation have been talking about playing football without fans.

“I think we will start in the next six to eight weeks without fans. The fans will be able to watch the games on television.”

Brattbakk, who is now an airline pilot, although temporarily grounded, added: “Some clubs have laid off players and staff but that can only be done for so long because players need to be fairly fit for a return if that happens.

“We are fairly lucky in Norway because the initial package from the government so far has been GBP 30million to spend on immediate actions. I think they will give some more money in a while.

“But the problem is people don’t get to go and watch the games.

“Someone said football is not that important and I agree, but the federation came out and said there were more than two million people affected by not playing and 2,300 teams have not had a game.

“There’s so many people involved in football that it’s important it gets going again. That’s the same wherever you are. But obviously health issues are always the most important part.”