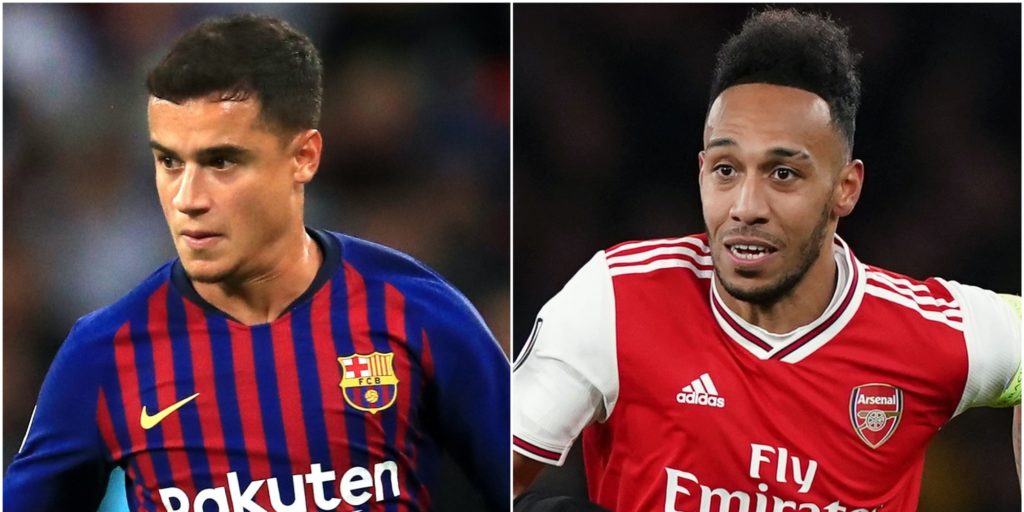 Philippe Coutinho and Pierre-Emerick Aubameyang are in the spotlight on Monday.

Barcelona playmaker Philippe Coutinho is in uncertain waters after reportedly being told by Liverpool that the club is not interested in the 27-year-old returning to Anfield. The Daily Mirror says Coutinho, currently on loan at Bayern Munich, approached Liverpool about a transfer but was told there was not a position for him.

The Daily Express reports that Arsenal have pulled out of contract talks with striker Pierre-Emerick Aubameyang. However the 30-year-old has no shortage of suitors, with Manchester United, Inter Milan, Barcelona, Real Madrid and Chelsea all believed to be interested in his signature.

Manchester United goalkeeper David De Gea could face some stiff competition for his position with the rise of 23-year-old Dean Henderson, according to the Daily Mail. Although De Gea has expressed an interest in staying at Old Trafford long-term, Henderson’s sensational form on loan at Sheffield United has not gone unnoticed at United.

The Daily Express reports that the club has suffered a blow to their hopes of signing Ajax goalkeeper Andre Onana. Boss Frank Lampard has viewed the 24-year-old as a potential replacement for out-of-form Kepa Arrizabalaga, however it is believed that Onana prefers a move to Barcelona over Stamford Bridge.

Dries Mertens: Lampard has made direct contact with the 32-year-old about a move to Chelsea, reports Italian publication Gianluca Di Marzio.