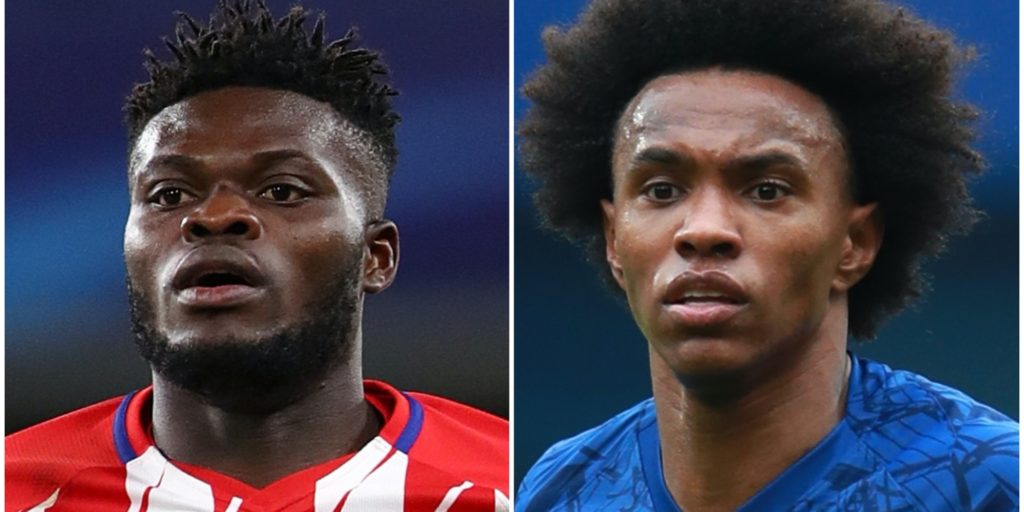 Atletico Madrid’s loss could be Arsenal’s gain when it comes to a talented defender.

Arsenal want to sign Thomas Partey and have made a GBP 43-million bid for the Ghana international. The defensive midfielder is unhappy with the offer made by current club Atletico Madrid and has held talks with the Gunners, according to the Daily Express which cites Ghanaian journalist Rahman Osman. The 26-year-old is under contract at Atletico until 2023, but Arsenal manager Mikel Arteta has made him at top target for the north Londoners.

The Sun reports Arsenal are favoured to sign Willian from Chelsea on a free transfer. And the paper, which cites ESPN, says the deal has attracted the winger because it could see him reunite with his Brazil and former Chelsea teammate David Luiz. Willian has been clear that he wishes to stay in London after his contract at Stamford Bridge ends on June 30.

The resumption of Tottenham’s season has taken a hit with Son Heung-min potentially missing in action, says the Evening Standard. The 27-year-old is undertaking three weeks of national service in his native South Korea and will have to quarantine on his return to the UK. The forward is due to finish his service on May 10, which complicates matters at Spurs because the Premier League has proposed that teams resume training just eight days later.

One of the country’s most highly-rated young prospects is on the verge of signing a professional contract, according to the Daily Mail. The paper says Omari Forson is about to commit to Manchester United, who he joined from Tottenham last year. The 15-year-old midfielder had been scouted by Arsenal but United are about to sign the England under-16 international, who has impressed at Old Trafford since moving to United’s under-18 squad.

Victor Osimhen: Chelsea and Leicester want to secure the services of the Lille striker, 21, but Liverpool are favourites, according to France’s Le Foot Mercato.