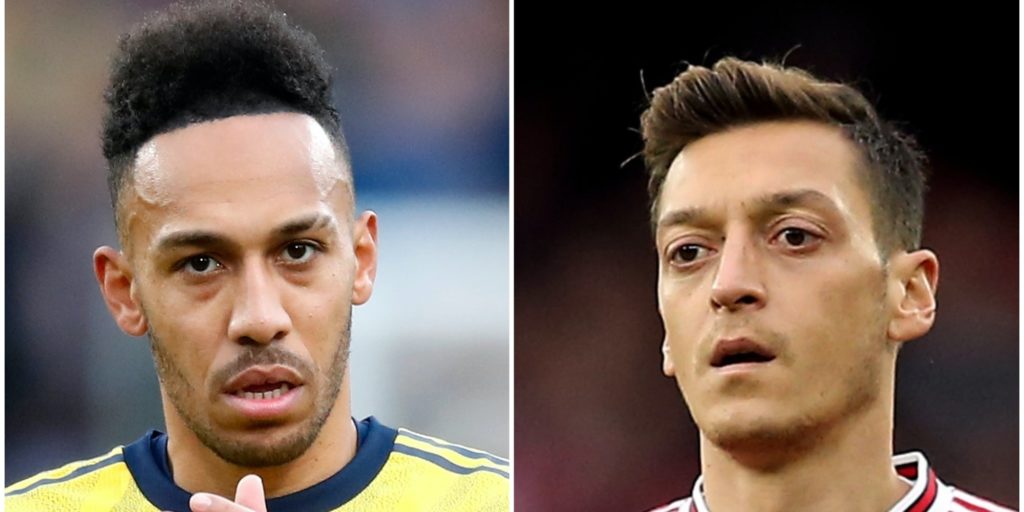 Not even the captain is safe as Arsenal prepare to rebuild in financially tough times.

Pierre-Emerick Aubameyang could be leaving north London for a bargain price, the Sun reports. The paper says Arsenal are willing to sell the Gabon striker, who will soon start the final year of his contract with the Gunners, for just GBP 30 million. The 30-year-old joined Arsenal from Borussia Dortmund in 2018 for GBP 60m and he has gone on to captain the team. But selling Aubameyang would help Arsenal manager and former midfielder Mikel Arteta as he attempts to overhaul his squad with a severely limited budget.

There is still no certainty about Mesut Ozil‘s future at the Emirates w ith talks yet to commence over a possible contract extension, according to the Mirror. The former Germany international was told he was free to leave the club last summer but his significant wages – he is Arsenal’s highest-paid player – priced him out of a move. The Mirror cites ESPN as reporting that the Gunners still want the playmaker, 31, off their books despite him becoming a regular starter under Arteta.

The Evening Standard reports Manchester United are keeping an eye on Kai Havertz, who has impressed in the Bundesliga for Bayer Leverkusen. The paper says United’s focus on the attacking Germany midfielder will become more intense if they fail to sign England winger and Havertz’s fellow 20-year-old Jadon Sancho. Havertz has also attracted the attention of Chelsea, Liverpool, Juventus and Real Madrid.

Jean-Clair Todibo has been the subject of talks between Everton and Barcelona over a potential GBP 17.4m-deal, says the Daily Mail. The Toffees missed out on signing the 20-year-old in January, with the centre-back opting instead to join Bundesliga side Schalke on loan for the remainder of the season. The France Under-20 international could be part of a defensive rebuild at Everton, who the Mail have also linked with left-sided centre-back Gabriel Magalhaes in a GBP 25m transfer from Lille.

James Rodriguez: The 28-year-old Real Madrid and Colombia midfielder has been offered a four-year contract with Everton, according to Spain’s Mundo Deportivo.