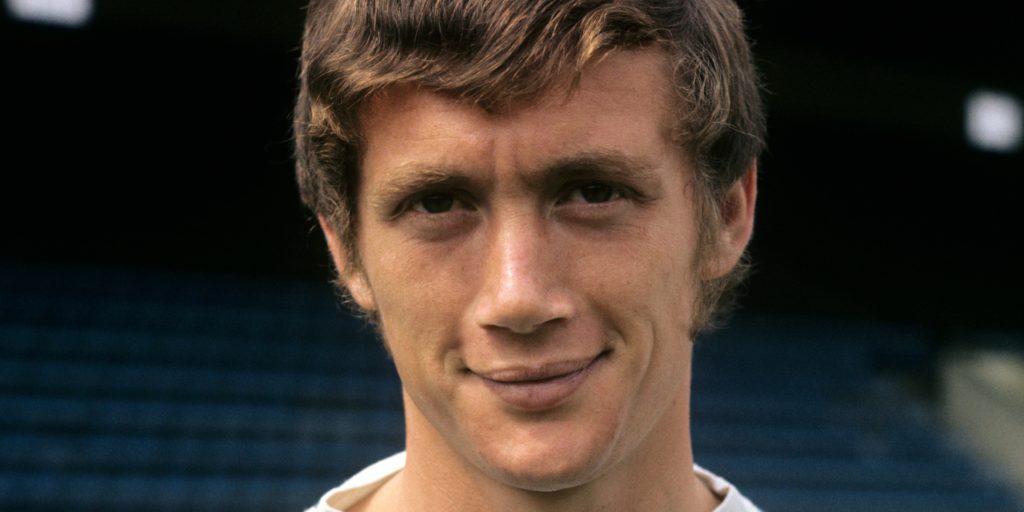 Former England defender Cherry, who died aged 72 on Wednesday, made 486 appearances during his 10-year spell at Elland Road.

As a youngster at his hometown club Huddersfield, Trevor Cherry used to get sent to Elland Road to watch Leeds’ World Cup-winning defender Norman Hunter play.

What Cherry, who died suddenly and unexpectedly on Wednesday aged 72, did not know at the time is they would one day be lining up in the same back four during the Don Revie era.

Having made his debut for the Terriers as a teenager, Cherry wasted little time in making his mark in the Huddersfield defence and captained the side to the Second Division title in the 1969-70 season.

For Cherry’s Huddersfield-mad father, seeing his son play in the top-flight for the Terriers was the realisation of his own frustrated dreams as a footballer, but it would come to an end two years later when Town were relegated.

His dad wanted him to stay, but Cherry knew he was too good for the second tier. Tottenham and Birmingham were interested, yet he jumped at an offer from Huddersfield’s rivals Leeds.

He would not regret it. Signed by Revie as a potential replacement for Jack Charlton, Cherry made 486 appearances during his 10-year spell at the club.

Mr Reliable, Cherry filled in at left-back for the injured Terry Cooper before moving inside to partner Hunter as Leeds transformed into one of the best sides in Europe.

Cherry was always keen to credit Hunter for making him look a better player and famously came to his his central defensive partner’s aid in 1975 when breaking up a fight with Derby striker Franny Lee.

United were beaten in the 1973 FA Cup and European Cup Winners’ Cup finals, losing at Wembley to Sunderland in the former after Cherry was famously denied by remarkable save from goalkeeper Jimmy Montgomery.

But Leeds tasted glory a year later when they won the First Division title after going 29 games unbeaten.

In 1975 Cherry helped the club reach the European Cup final when they were controversially beaten 2-0 by Bayern Munich.

He became both Leeds captain and an international in 1976, making his England debut against Wales on March 24, the first of his 27 caps.

However, he made some unwanted history when he was the first England player to be sent off in a friendly when he saw red against Argentina in a clash with Daniel Bertoni which cost him two front teeth.

After the highs of the mid-1970s, Cherry’s Leeds career ended as his Huddersfield one had – with relegation in 1982.

He played on for three months in the Second Division before taking up the role of player-manager with Bradford.

In 1985 he would lead the Bantams to the Third Division title, though the devastating Valley Parade fire on May 11 that year ended any celebrations.

Having retired as a player Cherry remained in the dugout until he was sacked in early 1987.

Despite an offer from Sunderland, Cherry walked away from the professional game.

“The fire affected me, I’m sure,” he later said. “But I turned down Sunderland for other reasons, including the travelling I would have faced, plus my son’s A-levels. With hindsight, it was the best decision I ever made.”

Instead, Cherry built a successful hospitality business at home in Huddersfield and was later, alongside the rest of the famous Revie side, given the freedom of the city by Leeds City Council.

Cherry is survived by wife Sue, sons Darren and Ian, daughter Danielle and his five grandchildren.