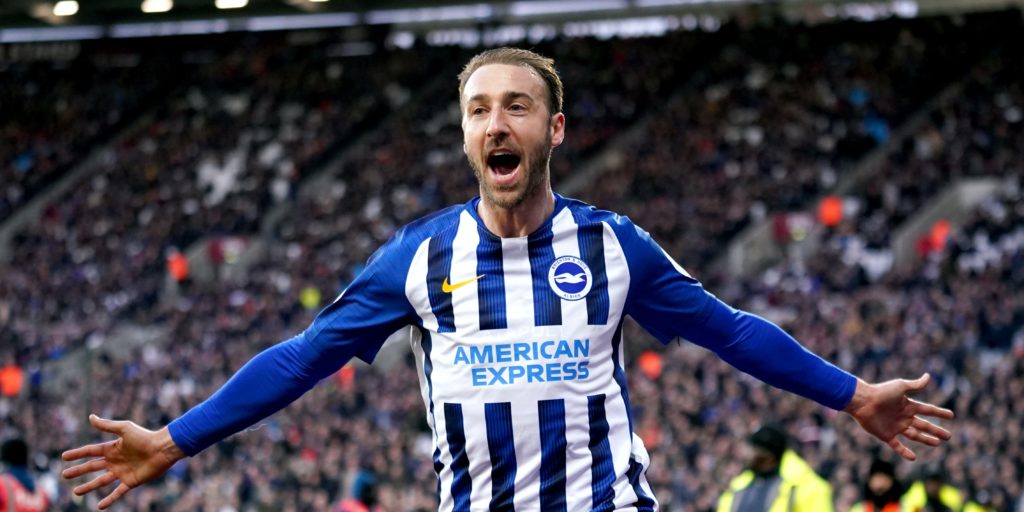 Players have been told they will have to wear face masks to train.

Brighton striker Glenn Murray has branded some of the protocols imposed ahead of the Premier League’s possible return as “farcical”.

‘Project Restart’ has been launched by the league with a view to being back in action in mid-June following the season’s suspension due to the coronavirus pandemic.

But players, who are this week beginning to return to training grounds for individual sessions, have been told they will have to wear face masks to train and there have also been reports that contact could be banned at corners and set-pieces once the action gets under way.

Murray, who hinted he had concerns about an impending return, has called for some sense.

“We have got to look at the Premier League as the global brand it is and the reason it is that big is because of the quality of the players that are in it,” he said.

“To be hindering ourselves… face masks is going to be off-putting, it is not going to be natural, people will be ripping them off in games. It is quite farcical.

“I understand why people are desperate to get football on. It has to be done in a sensible way and in the right time and in a way that is going to keep everyone safe.

“There will be ambulances at training and games. Is it fair to take those from the NHS? I don’t know.

“It is not just two squads, there is a lot more involved and it puts more people at risk.”

While Murray is desperate to get back playing, he has sounded a stark warning that he would have concerns about doing it too soon.

“I understand the public is desperate to get football back,” he added. “But it is us that are going to be going out there and competing against other teams.

“Everyone is in different situations, I have children at home, I wouldn’t want to jeopardise them, some footballers have newly born children who might be more susceptible to getting the disease.

“Some are living with elderly parents. It is a really difficult situation to agree on.”

Premier League clubs are meeting on Friday where they are expected to be briefed on the latest plans to resume the season.

The possibility of playing the remaining games at approved neutral venues is likely to be presented to the clubs, but it might come up against some resistance, especially if players will be forced to be away from home for a prolonged period of time.

“I am hoping that it doesn’t come that scenario, that is far-fetched, to spend eight weeks away from your family is quite a big ask,” Murray said.

“It is not just the eight weeks away, it is the knock-on effect of everything else. We will be in hotels, they will have to be staffed, it can’t be completely locked down unless we are doing our own washing and cooking.”