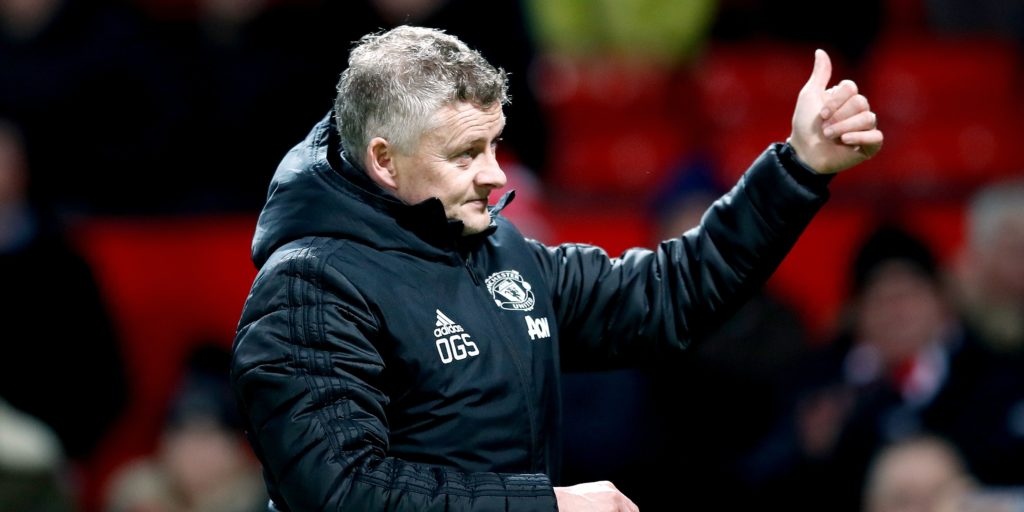 United were in a battle for the top four and in the latter stages of the FA Cup and Europa League before the season was halted.

Seven weeks on from the Europa League win against LASK in Austria, United are waiting to hear when they can return to action amid the Covid-19 pandemic.

The United chief underlined that stance in the Q&A session that followed that fans forum and made clear his continued backing of manager Solskjaer.

“It’s always a top priority for us to strengthen the team and build on what Ole is very clearly achieving in terms of bringing us back to the top,” Woodward said. “But we’ve got to have clarity on what the future holds.

“There are many, many moving parts.

“It is not necessarily going to be business-as-usual for clubs this summer.

“It feels somewhat inappropriate to see speculation about transfers for hundreds of millions in current circumstances.

“There’s a big disconnect between those stories and the economic realities facing football clubs in general.

“Clearly it’s true we are fortunate to be in a strong financial position compared to many clubs, but we are not immune from the financial impact of what this virus is doing.

“I would say that once we have that visibility of a path through the crisis and coming out of the other side to relative normality, then of course we aim to remain highly competitive in the market.

“As I said before and I’ve said this many times – we remain committed to backing Ole to win trophies. That’s our core objective as a club.”

United remain in the hunt for two cups as well as Champions League qualification through the Premier League, with ‘Project Restart’ targeting a June resumption.

Woodward was unaware of talk the English top-flight could be finished abroad and is still awaiting a clear path forwards.

“I think we all agree that we want supporters back watching football at Old Trafford as soon as possible,” he said, speaking before the curtain came down in France and some Premier League players returned to restricted activity at training grounds.

“That can only happen when we are advised it is safe to do so, and clearly the Government has a major say in that.

“No decisions have been made yet, but we think it is possible that the initial games, particularly the ones related to finishing or trying to complete this season, will probably have to be played behind closed doors – but that isn’t confirmed yet.

“We’re not necessarily happy about that, clearly football requires our fans in the stadium for it to be complete, but public health must come first – and as I said, this is down to the Government.

“It’s important to get back to playing football and complete this season once it’s safe to do so. We are starting to see some other countries make positive steps in this direction such as Germany.

“You may have seen in the press (last week) they are training the players, albeit not yet together properly as a squad, but that’s coming as the next stage of the protocol and they are aiming to restart their season from, I think, the second weekend of May.

“From a UK perspective there is still huge uncertainty, so we will keep fans informed as soon as decisions are made, including consultation through this forum.”