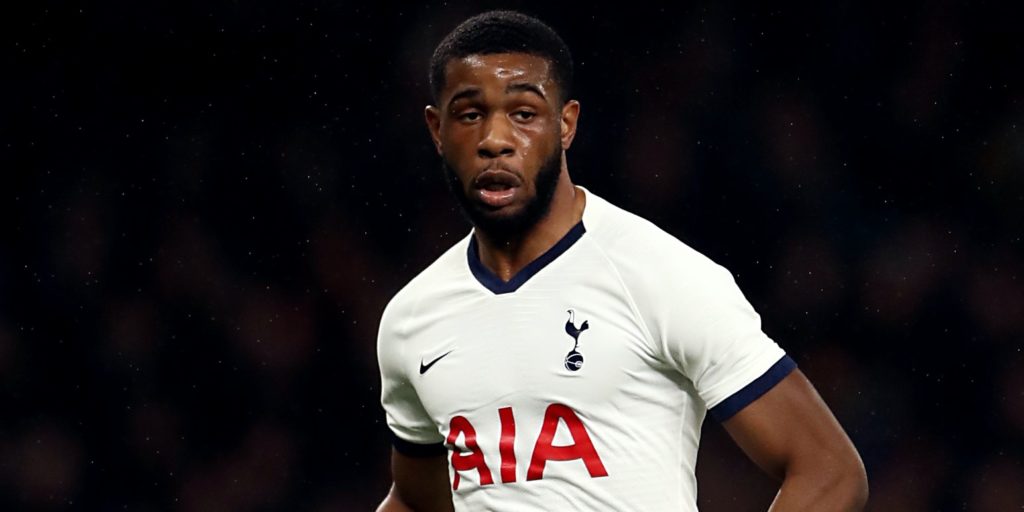 McDermott has been appointed assistant technical director at the Football Association.

Tottenham defender Japhet Tanganga believes his club have a big hole to fill when head of academy John McDermott leaves.

McDermott has been appointed assistant technical director at the Football Association and is due to take up his role next month.

He will be leaving Spurs after 15 years working in the academy, where he had a hand in the emergence of Harry Kane, Harry Winks, Ryan Mason and Andros Townsend.

Tanganga was the latest star to come through the ranks, breaking through into the first team in 2020 and showing himself to be ready for Premier League action.

The 21-year-old places a large amount of credit at McDermott’s door for and says he will be forever grateful for his coach’s input.

“I can’t even put into words how much he’s done for me,” he said. “When I was younger, I maybe didn’t see it as beneficial as I see it now.

“It’s amazing. He definitely deserves all the accolades for what he has done in his career and at Tottenham. He’s done a lot for everyone and he is definitely going to be missed.

“We’ve had a very good journey together. We’ve made a lot of memories – some good, some bad!

“But honestly it’s been a pleasure to work under him and he’s truly going to be missed at Tottenham for sure.”

Tanganga had to wait until January for his Premier League debut, surprisingly thrown in by Jose Mourinho against leaders Liverpool, but his first emergence came on the club’s pre-season tour.

He was handed a chance by then boss Mauricio Pochettino and impressed, keeping Cristiano Ronaldo quiet in a 3-2 win against Juventus.

That performance immediately drew praise from Mourinho in his first session after taking over from Pochettino, who Tanganga thanks for the opportunity in the Far East.

“Honestly I’m forever grateful (to Mauricio) because that was a big step in my career,” he said.

“That was the first time I’ve been on tour with the first-team and it was just a different environment.

“For him to trust me and play me in those games – even though people may say pre-season is not important and more for fitness – for me as a young player who has never played first team football to be thrown into those games against those team was an amazing experience.

“Honestly I’m so grateful for that and so grateful to him for giving me that opportunity.”

Tanganga’s progress has been stalled by the suspension of football due to the coronavirus pandemic, which is sure to have an impact on the game in many ways, not least spending power in the transfer market.

Club’s academy products may be the beneficiaries of that, which Tanganga thinks is a good thing.

“For me, bringing through academy players is always important at any club,” he added.

“It shows all the work that the academy has done to produce a player. It’s very important for Tottenham and for every club to produce some academy players.

“Malachi (Fagan-Walcott) came on (against Leipzig) and got a glimpse of it and hopefully from there he wants more and can push on.

“Hopefully likes of me, (Oliver) Skipp and those above us can urge the younger lot to follow in our footsteps and try and reach for what we’ve achieved.

“I think it’s important for Tottenham and any club to focus on the academy and young people.”