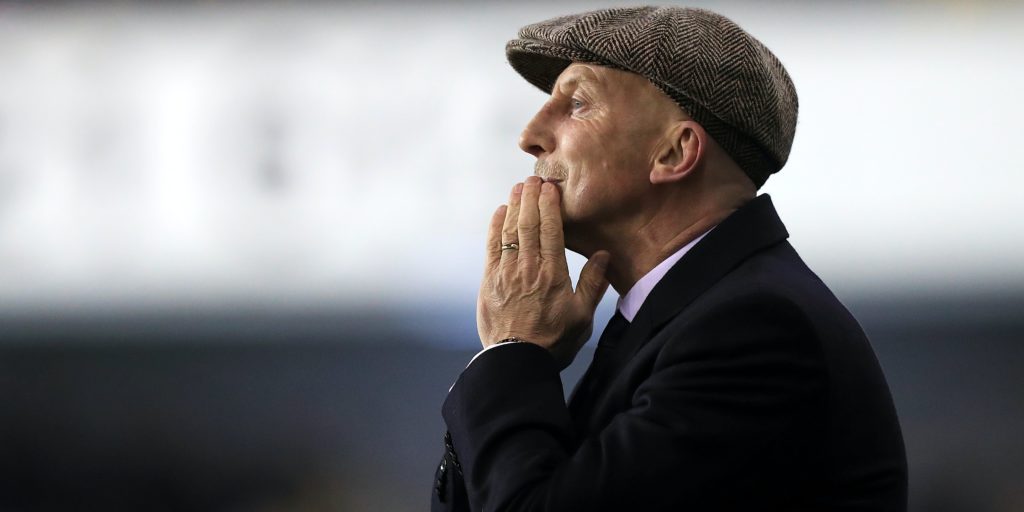 Ian Holloway has called for clarity, change and compassion amid the coronavirus crisis, with a culture of greed meaning the Grimsby manager fears for the future of football and beyond.

Two months on from overseeing victory at neighbours Scunthorpe, it remains unclear when, how and if the season can resume during a pandemic that has rocked the world and left sport on its haunches.

The financial grip is tightening by the day on lower league clubs as the prospect of sides going out of business becomes on increasing reality.

An advance of the Premier League parachute payments have helped but Holloway says it creates an “illusion that League Two to is going to be alright”, with the exasperated Grimsby boss demanding wider change.

“Well, for me, everything’s coming back into the same thing – why should anyone starve in this world, right? Why?” he said in an interview with the PA news agency.

“There’s more than enough sense and money and food to feed everybody if we weren’t all being selfish. You know, the world is a greedy place.

Holloway knows the Premier League well having led Blackpool and Crystal Palace there in the last decade.

But now the 57-year-old is managing in the fourth tier for the first time, which is only underlining his belief that “without the people at the bottom there ain’t the top”.

“The people at the top itself, is so unreal, it’s unbelievable,” an impassioned Holloway said. “You need reality for all of it, you know?

“If those owners aren’t fit, you should have a wage structure that is universal through each division. It’d be easy.

“They could do this, someone would have to sit down and do it, but it could be done, so we haven’t lost the teams that we support because they’re much more important than all of us. For the future, you know? For the future.

“So where’s the plan? Where are we? Football needs a plan. You know, how can the Premier League have so much and (others) so little?”

Holloway’s frustration was palpable throughout a wide-ranging conversation from his south-west base, where he returned to be with his family during a lockdown that has left him “just hanging on, really”.

“I’ve got to say, sitting around here, the longer I’m locked in, the longer I’m sat around, the worse I’m feeling because it doesn’t seem that the world is run correctly,” he said.

“Hopefully, anybody around me and Grimsby, we will try and make the world a better place for everybody – for our supporters, for our workers, and for our own team and our team members.

“You know, at the end of the day, I need football to step up to the plate, someone to make some correct decisions and that’s what they’re paid to do.

“So make a choice: are we continuing with the season that we had nine games left of? If so, when? And how are we going to do that without crippling every single club? Because if you do it behind closed doors, you’re not getting the revenue.

“Would you open a theatre, get the people to perform and not let anyone sit on those seats? That’s what I’m saying to you. It doesn’t make sense.”

Such questions are among the reasons why Holloway is less sure that the season will finish than he was, although his “phenomenal” group of players have kept themselves so fit they would only two weeks’ notice ahead of a return.

Grimsby’s players have also impressed their manager with their selflessness after deciding to give their internal fine kitty to support the NHS at a time when the need to care for others has rarely been more important.

“I think our country is remarkable,” Holloway added.

“It’s so diverse and we need to really think about where we’re going in the future and make it better and realise how important certain people are.

“It brings home all sorts of things, doesn’t it? But the most important thing, really, deep down, is life and how easily it can be taken away.”