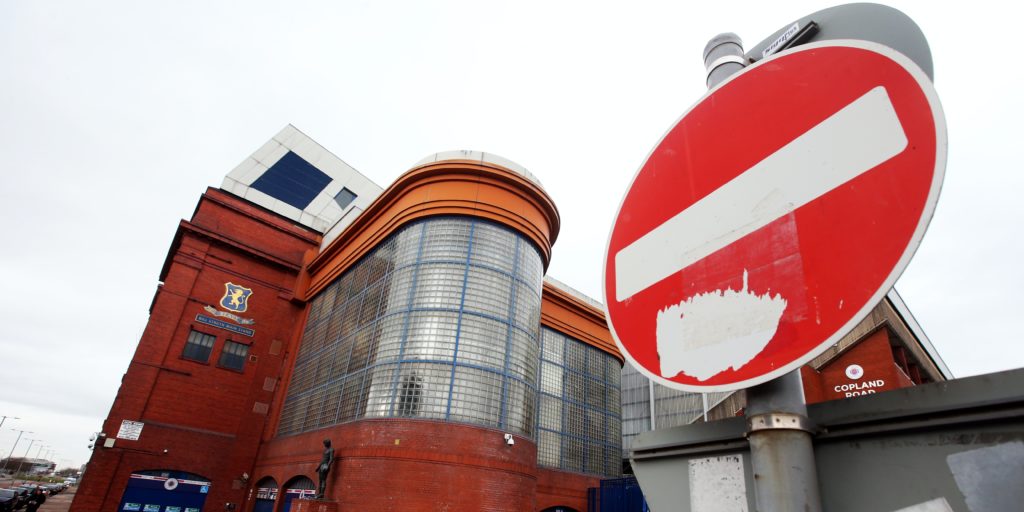 The Alloa chairman is preparing for multiple scenarios.

Scottish Football Association vice-president Mike Mulraney admits he is having to prepare for the prospect of next season being cancelled.

The Alloa chairman stressed that would be the “total disaster scenario”, while they are also planning for potential situations that include restricted fan access and a campaign behind closed doors.

And he warned it would be “foolhardy” not to face up to the possibility of Scottish clubs going out of business during the coronavirus pandemic.

“We have run some pretty stark realities we think are real, meaningful and, if not probable, possible,” he told BBC Radio Scotland’s Sportsound programme.

“We have three main visions we see we have to deal with as a club. One is a very restricted fanbase, which we think is a possibility. The second is how we would run a season without fans, and then it’s the total disaster scenario which we have to look at as a club, which is what if we can’t play football for another season?

“The last one is the one you have to look at because right now we can’t play football.”

On the prospect of playing without fans, Mulraney said: “It would be incredibly difficult, there’s no point pretending otherwise. We have run the numbers at Alloa and think we could probably do it one season with no fans.

“Football is the fans but if it requires us to do something like this to ensure we have a football product at the end of it, we have to look at how we give media partners content.

After SFA chief medical officer Dr John MacLean admitted the game was likely to remain suspended until September or October, Mulraney added: “We have to give ourselves the best chance but I would not say I expect Alloa Athletic to be playing football in August or September.

“We hope we are playing but we need the whole football family to address it.

“We need to create an environment where we give answers to the public, players, fans, staff and, critically, our government, to allow them to have confidence to restart football in Scotland.

“We have to focus our mind on getting answers but these answers are going to be incredibly difficult. The environment we are dealing with is changing almost daily.”

The Scottish football authorities have set up six committees to help get the game in a position that playing again might be possible, and governing bodies from a number of sports are due to hold talks with sports minister Joe Fitzpatrick on Tuesday.

Mulraney said: “What we hope is not that any large statement will come out of it and answer the problem. I think that’s unrealistic.

“It’s a journey that football is taking along with Government to try to get football back to be safely played again in Scotland.

“It’s very welcome to get the opportunity to speak to the Government again and it’s part of the process.”