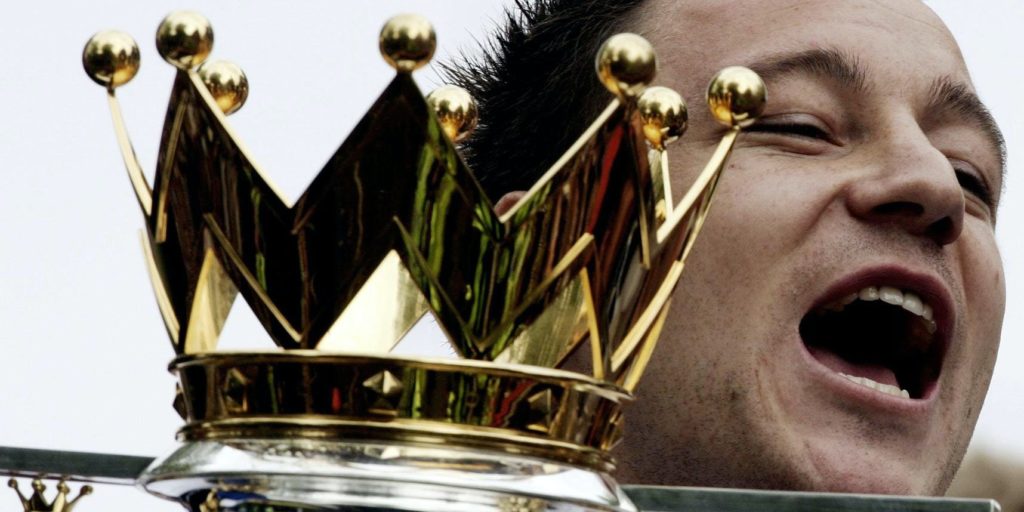 Some of football’s greatest leaders have lifted the Premier League title since the competition kicked off in 1992. From stalwart central defenders to tigerish midfield talismans, they have worn the armband with aplomb – and often made the difference between success and failure. Here the PA news agency picks out some of the domestic game’s most dependable heroes.

When Jose Mourinho made John Terry his captain in the wake of Marcel Desailly’s retirement in 2004, even the self-styled ‘Special One’ could not have envisaged the magnitude of the decision.

By the time Terry finally relinquished the captain’s armband 13 years later, he had worn it 580 times – easily a club record – and lifted Premier League titles and, despite being suspended at the time, the Champions League.

Having been initially used as vice-captain by former boss Claudio Ranieri, Terry, who had been at Stamford Bridge since the age of 14, was promoted by Mourinho for the start of the 2004/5 season.

The move was spectacularly vindicated, as Terry marshalled his side to a record-breaking Premier League title triumph, a stalwart at the centre of the side with the best defensive record in the competition’s history.

Terry helped his side retain their title the following year, but it would hasten a four-year gap in which he would struggle with a back injury, and miss the decisive penalty which would have won Chelsea the 2008 Champions League.

By 2010 Terry was back at the top of his game, leading the Blues back to the Premier League summit and the following year he surpassed 400 appearances as club captain.

Terry experienced another bitter-sweet Champions League moment in 2012 when he missed out on the final after being sent off in the semi-final win over Barcelona but still joined in with the post-match celebrations after the penalty shoot-out win over Bayern Munich.

Terry would win two more titles with Chelsea, in 2015 and 2017, before finally leaving the club after making his 717th and final appearance against Sunderland at Stamford Bridge in May 2017.