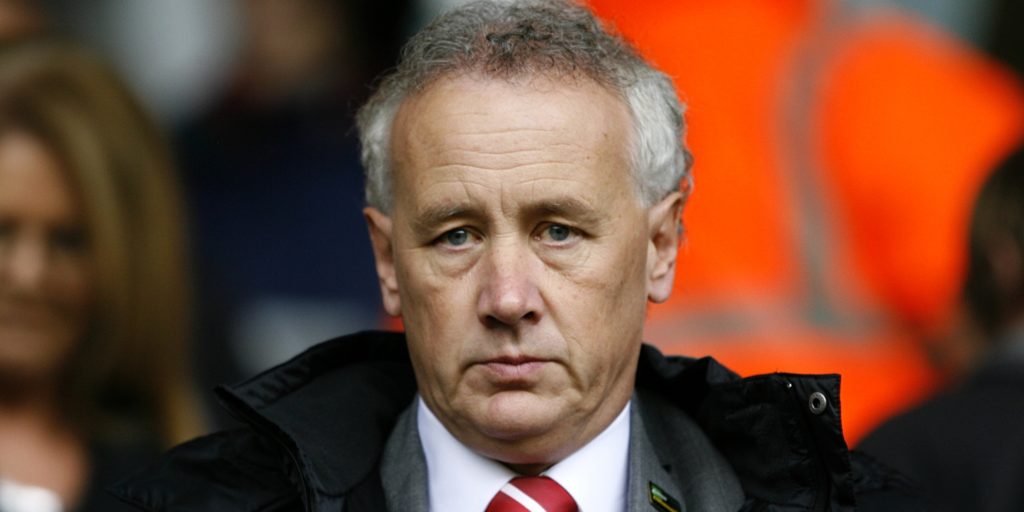 Parry said the EFL needed a reset, including further discussions around salary caps.

The 2020-21 English Football League season may not start until crowds are allowed back into matches as its chairman Rick Parry said the desire to finish the current season was more to do with sporting integrity than a financial imperative.

Parry, who warned it would get “very messy” if the Premier League blocked teams being promoted out of the Championship, spoke about the immediate and longer term challenges facing the EFL which have been exacerbated by the coronavirus pandemic when he addressed MPs at a Digital, Culture, Media and Sport committee hearing on Tuesday morning.

He said the EFL needed a “reset” and said discussions around salary caps and other cost controls were taking place, while steps would be needed to address the immediate GBP 200m “cash hole” he said clubs were facing by the end of September.

Parry stressed the EFL was very much a spectator sport and said there would have to be discussions, beyond finishing the current campaign, over whether there was any sense in starting the next one before crowds were allowed back.

“At League One and Two level, gate receipts represent 32 per cent of income, slightly less than that in the Championship. Gate receipts are absolutely fundamental and that applies not just to this season but increasingly it applies to next season,” he said.

“I think we have to think long and hard about how we go about starting next season, or indeed whether we start next season without crowds.”

Asked how much money clubs would retrieve if the current season could be finished, Parry said: “If we were starting behind closed doors it’s finely balanced economically. It’s probably almost neutral and for many clubs it would actually cost them to play.

“We stand to lose an element of broadcast money if we’re unable to complete the season but given our broadcast contract is clearly nowhere near that of the Premier League that’s a relatively small contribution.

“So it’s not really the economics of ‘we need to finish the season in order to generate revenue’ it is the sporting integrity part of ‘we want to complete the season because then we have promotion and relegation, and we finish the season clean’.

“At the EFL, aggregate attendances of 18 million, we’re a spectator sport, we’re not an international event in the way the Premier League is. Without spectators, the clubs are hurting. We are looking at ways of streaming our product via iFollow which is a hugely successful EFL streaming platform, so we would be able to recoup some money that way, but it wouldn’t make up for the whole shortfall.”

On the issue of integrity, Parry said “lawyers were going to get wealthy” if the Premier League changed its mind on the subject of promotion and relegation between its competition and the Championship.

“There would be a varying degree of outrage from a number of our clubs in the Championship, it would be a breach of the tripartite agreement between us, the Premier League and the Football Association,” Parry said.

“I suspect the FA would have a position on it as well. The safe answer is that it would get very messy, because our expectation is that there would be three clubs promoted from the Championship.”

Parry said the EFL’s preference was to complete the season on a home-and-away basis, but that his organisation would act on Government guidance if neutral venues were the safest option.

He warned the 2019-20 season must be completed by July 31, because “we have 1400 players coming out of contract in June – that is a train coming down the tunnel very quickly”.

He said there was a need for a “rescue package” to address short-term financial problems, but insisted longer-term sustainability had to be looked at.

He referenced the Championship’s 2018 wages to turnover ratio of 106 per cent, describing it as “ridiculous”, and said that salary caps and cost control were “absolutely essential”.

He also called on the Premier League to look again at the parachute payment system to its relegated clubs, saying it was “an evil that need to be eradicated”.

“We have an imbalance in the distribution, we have the parachute payments which cause immense stress within the Championship so yes I do think the distribution model is a problem,” he said.

“At the moment across a year, our owners are putting GBP 440m into their clubs. In the Championship it’s about GBP 380m – GBP 16m per club of owner funding. Which probably makes that the most expensive lottery ticket on the planet.

“(Parachute payments) are a prime example of the (former) Premier League clubs being protected either to help them to get back into the Premier League quickly or help them adjust to the financial chasm whichever way you may describe it.

“But they are a symptom of the chasm, if we didn’t have the chasm in the first place you wouldn’t need the parachute payments, you could have a much fairer distribution system.”