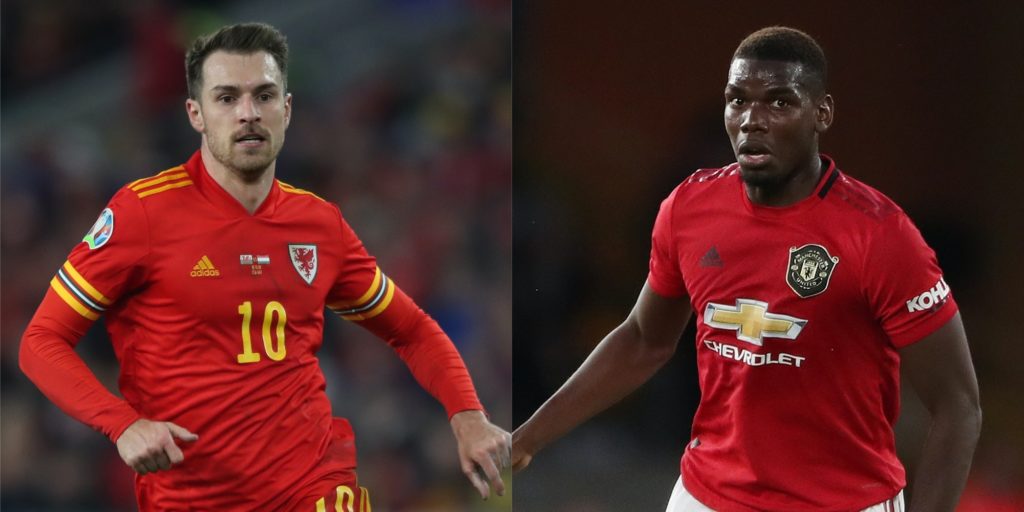 Ramsey for Pogba is the big football transfer rumour of the day.

Aaron Ramsey could be on his way to Manchester United, with the club considering a swap deal with Juventus for Paul Pogba according to the Daily Express. The Serie A leaders are said to be eager to have Pogba back in a midfielder-for-midfielder swap. Real Madrid are another club consistently linked with World Cup winner Pogba.

Arsenal might be forced to sell six players to pay for the rest of the fee for Nicolas Pepe, the Sun reports. The north London club signed the winger from Lille last summer on a five-year contract worth a club record GBP 72million, reported to be paid in five instalments. Amid financial uncertainty caused by the coronavirus, the Gunners are now looking to offload players to foot the bill. Pierre-Emerick Aubameyang and strike partner Alexandre Lacazette, plus Mesut Ozil have been mentioned as possible departures from Arsenal.

Manchester City defender Nicolas Otamendi could be heading to River Plate in an all-Argentinian swap deal for his fellow centre-back Lucas Martinez Quarta, according to Argentina’s TNT Sports. Pep Guardiola is said to have Quarta in his sights, and Otamendi is a lifelong fan of River Plate.

Manchester United will have to make a decision soon on the future of England Under-21s goalkeeper Dean Henderson, the Sun reports. The 23-year-old has starred during his time on loan at Sheffield United, attracting the attention of several major clubs.

Willian is reportedly keen to leave Chelsea this summer to reunite with old boss Jose Mourinho at Tottenham. The 31-year-old winger’s contract expires in June, and the Daily Mail says he has already agreed to join Spurs.

Allan: The 29-year-old midfielder’s envisioned move from Napoli to Everton could be slipping away, with the Serie A club holding firm to their GBP 65million price tag, according to Italy’s Il Napolista.

Kylian Mbappe: The 21-year-old France star has asked for a contractual clause allowing him to leave Paris St Germain for Real Madrid or “another European club” in the future, according to Spain’s AS.