Home News On This Day in 1961: Double delight for Tottenham

On This Day in 1961: Double delight for Tottenham 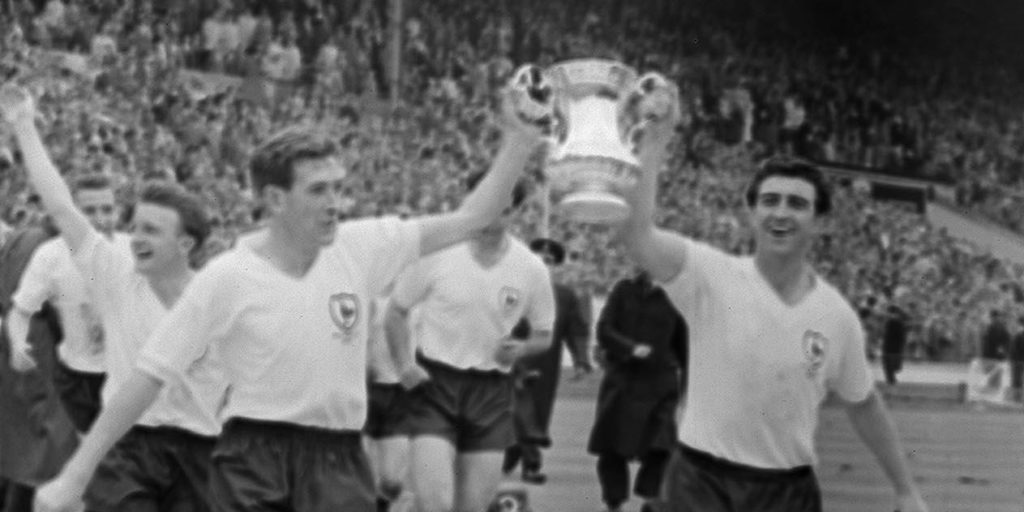 Spurs became the first team in the 20th century to win the Division One title and FA Cup in the same year.

“The game is about glory, it is about doing things in style and with a flourish, about going out and beating the lot, not waiting for them to die of boredom.”

Danny Blanchflower’s famous words remain stitched into the fabric at Tottenham, even if they have been unable to scale the heights reached in the decades since.

Blanchflower was captain fantastic during the 1960-61 season as Spurs, coached by the incomparable Bill Nicholson, became the first team in the 20th century to complete the double.

Preston and Aston Villa achieved the feat during the 1800s when competition was less intense and regular, but swashbuckling Spurs became the first side in the modern era to win the First Division and FA Cup in the same season.

Tottenham sealed the league with a 2-1 triumph against Sheffield Wednesday on April 17, 1961 during a free-scoring campaign that saw them equal Arsenal’s record 66-point tally set in 1931.

And on this day 59 years ago, Spurs headed to Wembley to take on Leicester in the FA Cup for a shot at the double.

City were hit by an early injury to right-back Len Chalmers, but Nicholson’s men had to dig deep to triumph.

It took until the second half for Bobby Smith to break the deadlock, with Terry Dyson sealing a 2-0 win and Tottenham’s place in the history books.

Spurs enjoyed more success in the years to come but have yet to win the league title again.