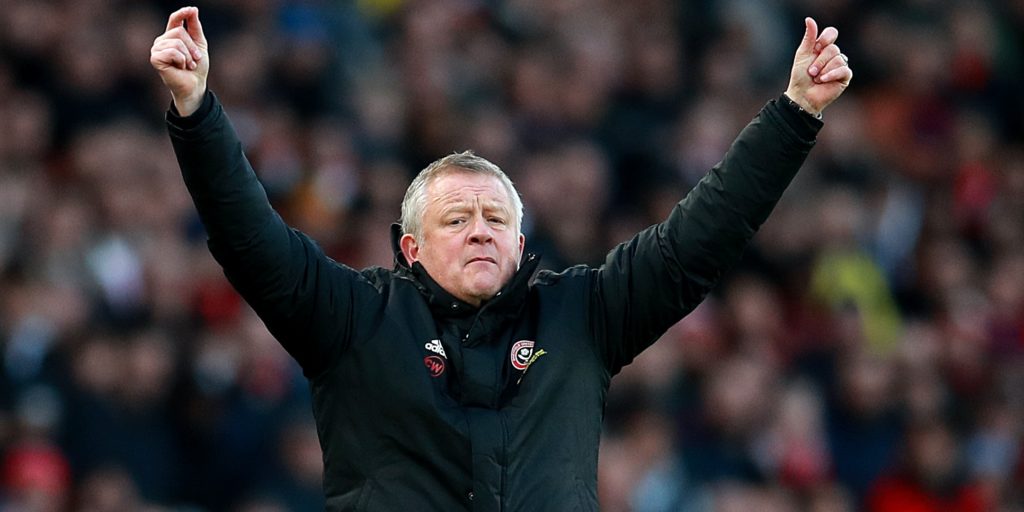 The Blades boss says he will listen to any player voicing safety concerns about playing when football resumes.

Chris Wilder says he will respect the decision of any Sheffield United player opting not to play when football is given the go-ahead to resume.

As the Premier League pushes forward with its Project Restart, targeting a return in June, a number of players have expressed concerns that they might be exposed to coronavirus as discussions over medical protocols continue.

But speaking on beIN Sports, Blades boss Wilder said he would listen to any of his players who did not want to play.

“If any individual player took that decision and came to me and said, ‘It’s not for me,’ I’d respect that,” Wilder said.

However, Wilder said it was important to wait for all the information before making any decisions.

“One of the slightly disappointing things is that people have taken a line on their position in the division,” he said. “I think we’ve got to look at the bigger picture.”

As debate continues amongst clubs over the details of how the league might restart, Wilder said he remained convinced a way forward must be found, with cancellation not an option in his eyes.

After a superb campaign to date the Blades sit seventh in the table, still in with a shot at European football, but Wilder said resuming was important for the entire football pyramid.

“I think we finish the season, however long it takes,” he said. “The Premier League has shown enormous enthusiasm.

“My chief exec is [showing enormous enthusiasm], and not just because we’re in the position that we are. I think everybody that is in the know understands the implications if this season was scrapped. From a financial point of view and from a social and moral point of view as well…

“I’ve obviously had experience of working in all levels of football and I do understand the implications if the Premier League didn’t restart – the effect that that would have down the pyramid [of football] as well. We’ve got to look after all aspects of football.”

Goalkeeper Dean Henderson has played a key role in United’s strong form to this point, but the 23-year-old’s immediate future would be under question as and when the season resumed, with his loan from Manchester United due to expire on June 30.

The Blades are only two points behind Ole Gunnar Solskjaer’s side but Wilder said that should not concern the Old Trafford side.

“Personally I think it would be morally correct to leave him playing at Sheffield United for the last 10 games of the season,” Wilder said.

“But…we’re not a threat to Man U so I’m sure that they’ll be quite happy with the players that they’ve got to see them through the season. The Ford Fiesta ain’t going to get past the Ferrari!”