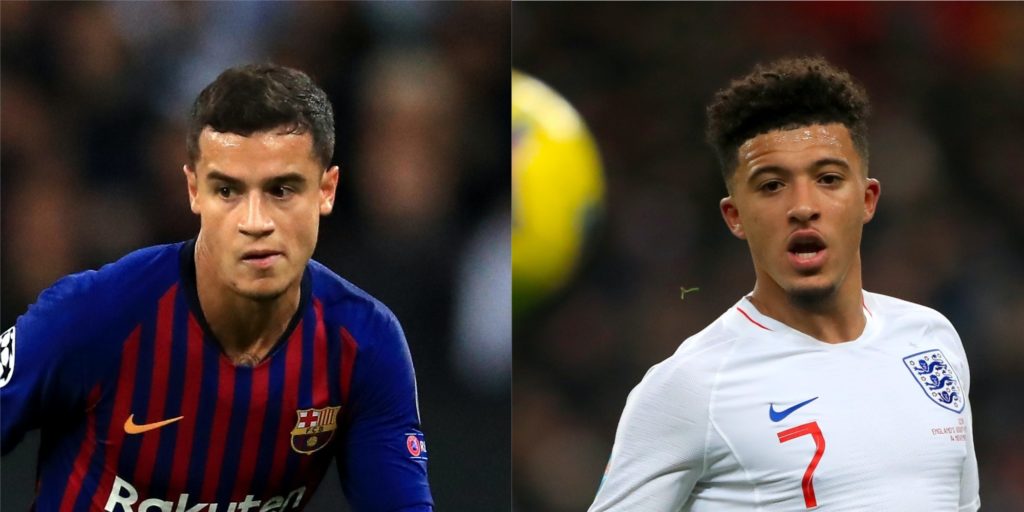 Jadon Sancho might stay put for now, while Philippe Coutinho could be on his way to Newcastle, according to today’s football gossip.

Borussia Dortmund expect Jadon Sancho to stay at the club despite intense speculation linking him with a move to the Premier League, Sky News reports. Sancho, 20, has been linked to a host of major clubs, including Manchester United, Liverpool and Chelsea. Dortmund bosses say they do not want to sell the England forward, who is contracted until 2022 and valued at in excess of GBP 100million.

Philippe Coutinho could be on his way to Newcastle, according to Mundo Deportivo. The latest reported twist around the former Liverpool man’s future says the Tyneside club will spend GBP 70million to acquire the midfielder if the club’s proposed Saudi takeover is completed. Coutinho is out of favour at Barcelona and is currently on load at Bayern Munich.

Newcastle’s prospective new owners are also keen on Kalidou Koulibaly, Sky Sports reports. Napoli’s veteran defender has been linked to several major clubs, but reportedly could be interested in joining the Magpies if they become one of the richest clubs in world football thanks to Saudi ownership. Napoli have put a GBP 80million valuation on Koulibaly, who is also considering a move to Liverpool, according to Italy’s Calciomercato.

Chelsea, Manchester United and Tottenham are interested in Lazio midfielder Sergej Milinkovic-Savic, the Daily Mail reports. The 25-year-old Serbian has been a target for many rival clubs in the past, but Lazio has held onto him as one of their most reliable players. However, the club now says it would be will to sell him for upwards of GBP 80million.

Arsenal could be involved in a swap, with Pierre-Emerick Aubameyang leaving for Inter Milan in return for fellow striker Mauro Icardi, according to Tuttosport. Aubameyang is out of contract next season, while 27-year-old Argentinean Icardi is out on loan at Paris St-Germain.

George Lewis: The Norwegian winger and free agent, formerly with Tromso, is close to agreeing a deal to join Arsenal, Metro reports.

Marc Jurado: The 16-year-old right back is set to leave Barcelona for Manchester United in the summer, ESPN reports.