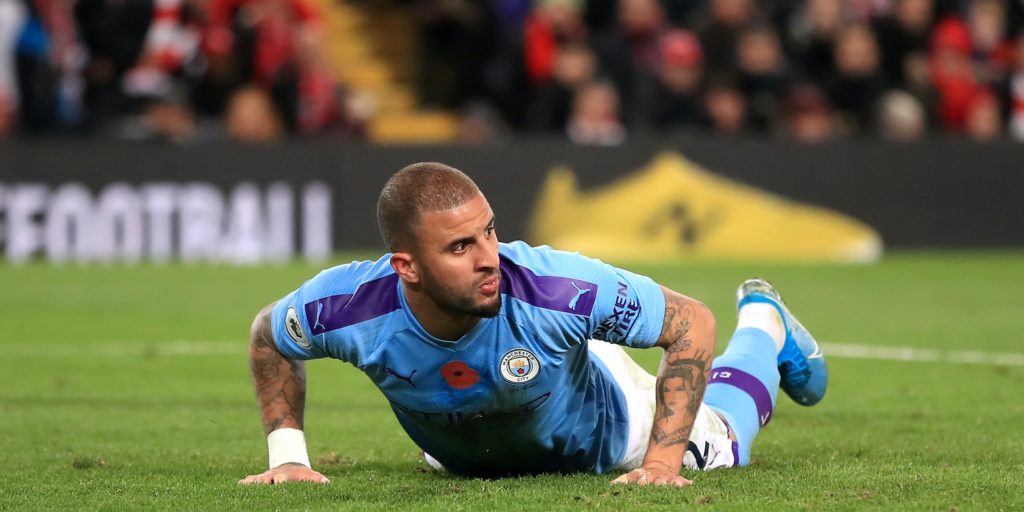 Manchester City man has been in the headlines.

Kyle Walker claims he is being “harassed” after admitting that he breached lockdown rules to visit his sister and parents.

The Manchester City defender had been forced to issue an apology last month after media reports that he had hosted a party at his home.

But Walker has hit back at the latest stories, insisting that he is being targeted and that the ongoing controversy is affecting the health of himself and his family.

In a statement on his official Twitter feed, Walker wrote: “I feel as though I have stayed silent for long enough.

“In light of the most recent article published about me and my family, I feel as though I have no choice but to address things publicly.

“I have recently gone through one of the toughest periods of my life, which I take full responsibility for.

“However, I now feel as thought I am being harassed.

“This is no longer solely affecting me, but affecting the health of my family and my young children too.”

Walker admitted contravening coronavirus regulations again by visiting Sheffield to see his sister and his parents – for which he could be fined and cautioned by police.

“In relation to the events on Wednesday, I travelled to Sheffield to give my sister a birthday card and present, but also to speak to one of the few people I believe I can trust in my life,” he said.

“She hugged me to remind me that she cares and that I am loved. What am I meant to do – push her away?

“I then travelled to my parents’ house to pick up some home-cooked meals. Again, it’s been an extremely tough couple of months for them.”

But he went on to criticise the media for invading the privacy of his family, adding: “It’s been an extremely tough couple of months for them: everything I’ve gone through in my life they have gone through with me.

“What have my parent and sister done to deserve their privacy being invaded by photographers following me to their homes?”

“I constantly feel as though I’m being followed.”

Walker is not the first Premier League footballer to be criticised for breaching the government’s lockdown regulations.

But Walker insisted the response to his actions have been disproportionate, raising mental health concerns and saying his family have been “torn apart” by the continuing scrutiny.

Walker added: “I don’t even feel safe in the confines of my own home – why should they have to feel like that too? Who deserves that?

“I am in a privileged position as a role model and a professional athlete, and can assure you from my upbringing I do not take it for granted.

“But at what stage do my feelings get taken into consideration?

“My family has been torn apart, this has been dragged through the press, and I ask, when is enough enough?

“At a time when the focus is understandably on Covid19, at what point does mental health get taken into consideration, an illness which affects every sufferer differently?

“I am a human being, with feelings or pain and upset just like everybody else. Being in the public eye as a professional athlete does not make you immune to this.

“It is sad, but I feel as though my life is being scrutinised without any context. I understand if people are upset or angry with me, but it was important for people to have a better understanding of my life.”