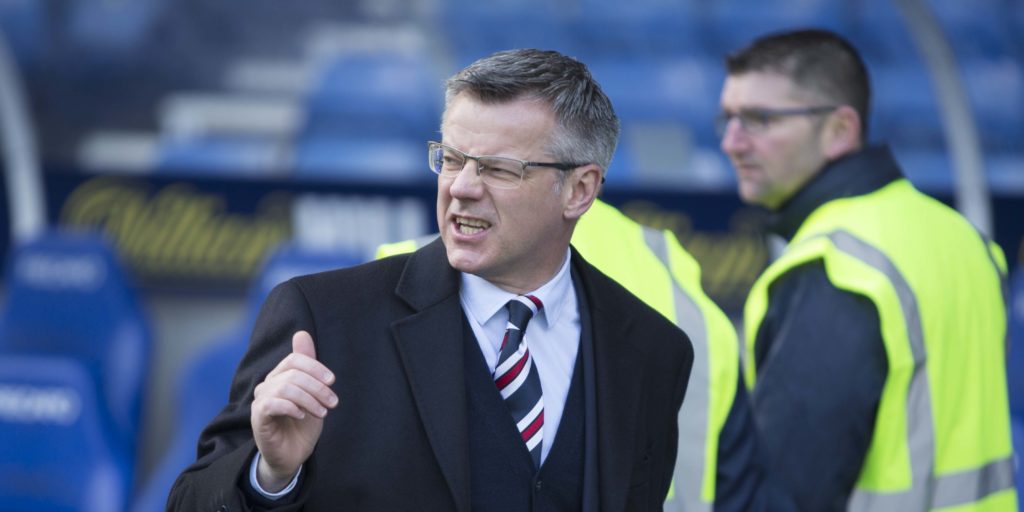 Robertson also denied that calling for Neil Doncaster and Rod McKenzie to be suspended had been a mistake.

Rangers managing director Stewart Robertson called for the Scottish Professional Football League to be run as a “democracy not a dictatorship” after the club stated their case for an independent probe.

The Ibrox club made a series of claims about the process surrounding the recent vote to end the lower-league season and hand the SPFL board the power to call the Premiership.

Rangers feel clubs were denied crucial information, including a revelation that ending the season could cost GBP 10million in revenue from sponsors and broadcasters.

Robertson, an SPFL board member, said: “The members of the 42 clubs are the 42 shareholders of the company. If you are asking the members to make that decision then you have to provide them with all the information that is available. Only then can they make a fully informed decision.

“When you are only distributing GBP 25million worth of prize money this year and there’s the potential of a GBP 10million refund to broadcasters and sponsors, that’s a material number.

“We need the SPFL to be run as a democracy, not a dictatorship, and I think we need the clubs to have the right level of say. To have that, they have to know they have trust in the information they’ve been given. Not being able to trust or have confidence in people that you are getting full information makes it very, very difficult.

“I felt we were being railroaded down a particular route. The clubs should have been given options, they should have been allowed to debate them as shareholders of the company and then come to a decision as to what was best for them.”

When asked whether Rangers had produced the “smoking gun” needed to persuade clubs to back their resolution on Tuesday, Robertson said: “Other people can put their own terminology on it. I think it shows a culture within the organisation, particularly in this situation, where there is a complete disregard for the members.”

Robertson denied that calling for SPFL chief executive Neil Doncaster and legal advisor Rod McKenzie to be suspended four weeks ago had been a mistake.

“I think for any investigation to take place you need to have confidence in the people that are there and running it, that’s the first reason for asking for an independent investigation which we feel is fundamental to getting to the bottom of this,” he added.

“Personally and as a club we have lost confidence in the way they are running the organisation, quite frankly.

“This isn’t about Rangers and Celtic, it’s about the governance of our game and having faith that when we come out of this pandemic and this crisis, that we have the right leaders to take us forward. People with energy, good ideas, creativity and commercial nous that is going to help us generate revenues we’ll need to replace some of the revenues we’ll need coming out of this.

“People are going to look at the world from a different viewpoint because the world is going to be different after this. The transfer market will be different, the broadcast market, everything. We will need to be as flexible as possible.

“What we can’t be is in a situation where the first answer you get to every question is ‘no you can’t do that, you’re not allowed to do that in the rules’. Well, let’s look at changing the rules then. That’s one of my frustrations and this has really brought it to the boil.”

Within 90 minutes of the document being sent to clubs, an SPFL spokesman declared it contained “not one single shred of evidence to support Rangers’ vociferous claims of corruption, bullying and coercion by SPFL staff”.

Robertson, who refused to speculate on a course of action if their resolution fails, said: “We never said in our statement there was corruption. We never said there was coercion or bullying by the SPFL team. That was never said anywhere by Rangers.

“It’s a complete deflection away from the point we should be discussing, which is the failings of the executive in the build-up to this vote.”