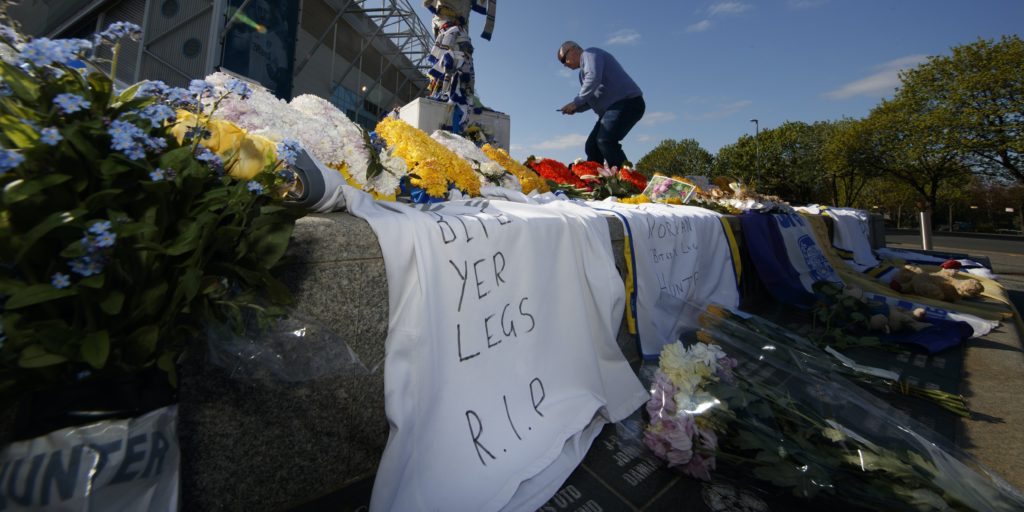 Hunter died on April 17 at the age of 76 after contracting coronavirus.

Leeds great Norman Hunter was given a poignant send off by his former club on Saturday as his funeral was held following his death from coronavirus.

Hunter, a giant of United’s past, died on April 17 at the age of 76 after contracting the illness, prompting an outpouring of grief at the West Yorkshire club.

The defender, a member of England’s 1966 World Cup-winning squad, will be forever remembered as one of Leeds’ all-time best, and was known throughout the game as ‘Bites Yer Legs’ on account of his fearless approach.

Leeds have named the South Stand at Elland Road in his honour and it is likely the stadium would have been packed out for a public send-off were it not for the ongoing global pandemic.

As it was, Leeds shared footage of Hunter’s coffin being carried down the Elland Road tunnel for one final time, with it placed in front of the West Stand for a touching set of final photographs.

“One last time for an absolute legend” said current Leeds defender Luke Ayling of the farewell.