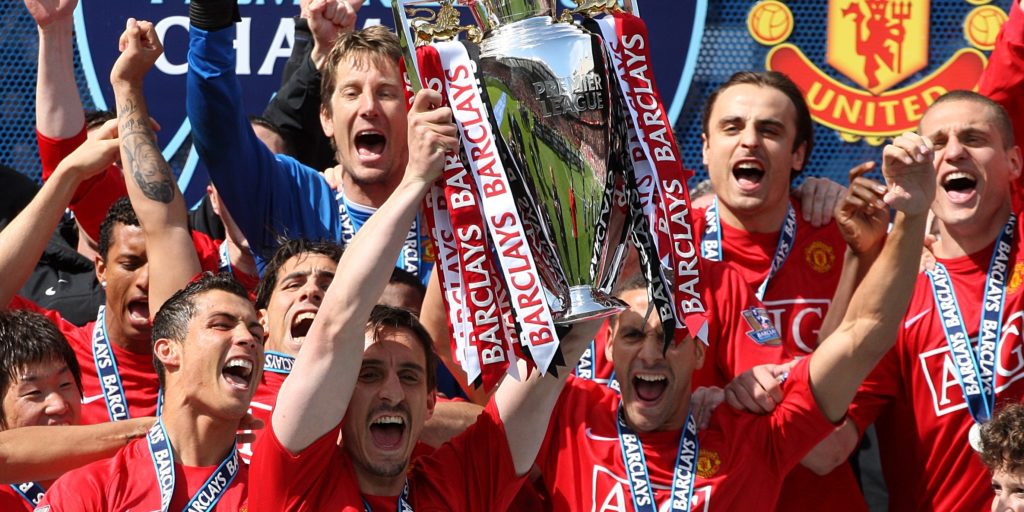 The right-back was an integral member of Sir Alex Ferguson’s United.

There may have been more talented players in the Manchester United dressing room, but you would be hard pushed to find anyone more hardworking, driven and passionate than Neville.

The right-back, part of the fabled ‘Class of 92’, spent his entire 19-year career at Old Trafford, making 602 appearances in all competitions and winning titles aplenty.

Neville made his debut as a 17-year-old off the bench in a UEFA Cup match against Torpedo Moscow in September 1992 and eventually established himself as first-choice right-back during the 1994-95 campaign.

Forming a solid relationship with David Beckham that was as strong down the right flank as it was off the field, United blossomed as Sir Alex Ferguson’s men won trophy after trophy through the 1990s and into the 2000s.

A key component of the treble-winning team of 1999, he was handed the captain’s armband when Roy Keane departed midway through the 2005-06 season.

Neville, fifth in the all-time appearance list at Old Trafford, abruptly announced his retirement in February 2011 and continues to make his passion for the club felt through TV work.