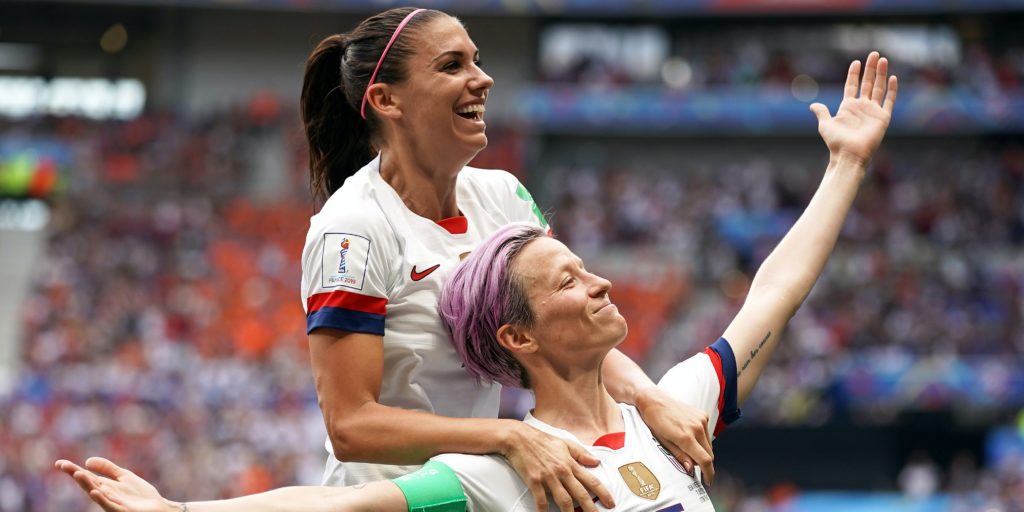 Earlier this month judge Gary Klausner ruled the pay case did not warrant a trial.

The United States Women’s team have filed an appeal against the decision to dismiss their claim for equal pay with male counterparts.

Earlier this month judge Gary Klausner ruled the pay case did not warrant a trial, though the players’ case for unfair treatment in travel, housing and medical support will go to trial in June.

Unites States star Megan Rapinoe posted on Twitter that “we will never stop fighting for EQUALITY”, while fellow co-captain Alex Morgan said the “disappointing” development would “not discourage us in our fight for equality”.

Spokesperson Molly Levinson said the team were “shocked” by the decision and has now confirmed the next steps.

“Equal pay means paying women players the same rate for winning a game as men get paid,” she wrote on Twitter. “The argument that women are paid enough if they make close to the same amount as men while winning more than twice as often is not equal pay.

“The argument that maternity leave is some sort of substitute for paying women players the same rate for winning as men is not valid, nor fair, nor equal.

“The argument that women gave up a right to equal pay by accepting the best collective bargaining agreement possible…in response to the Federation’s refusal to put equal pay on the table is not a legitimate reason for continuing to discriminate against them.

“Today, we are filing a motion to allow us to appeal immediately the district court’s decision so that the Ninth Circuit will be able to review these claims.”