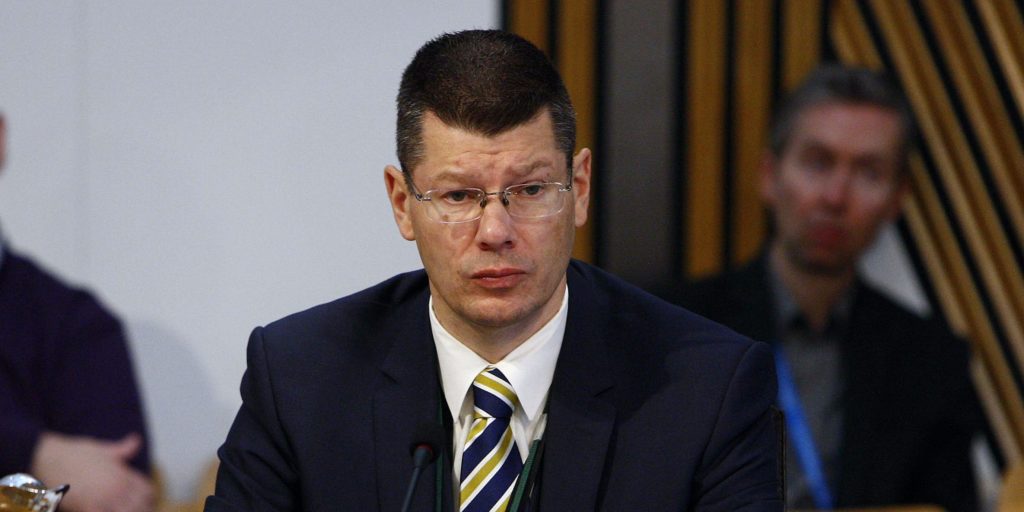 Doncaster insists no reports of bullying have been made to him over the vote, but the Championship club disagree.

Inverness have contradicted a claim by Scottish Professional Football League chief executive Neil Doncaster that no club had made allegations of bullying over the key vote which saw the three divisions below the Premiership curtailed.

In a lengthy statement which amounted to a scathing attack on the SPFL’s handling of the entire process, Inverness said they were willing to testify to an allegation which they insist was reported on the day it occurred.

The statement said: “Without going into the specifics at this time, please know that we will testify to the bullying and threats made against our club on Friday 10th (of April) by an SPFL board member and the threats against others by the same SPFL board member.

“These threats were ‘reported back to the centre’ and to the SPFL CEO directly on the day with evidence at any genuine independent investigation with the proper and appropriate scope, should there be one, or at any further subsequent action thereafter.

“These were threats and not robust conversations.”

Referring to both Doncaster and SPFL chairman Murdoch MacLennan, the statement later added: “It is also bemusing to hear them so publicly state they are unaware of any threats or bullying during the period of the 9th or 10th of April when the CEO knows what happened as it was reported to him.

“They continue to accuse anyone who spoke out against this take it or leave it offer as having an agenda which should be questioned!”

Inverness, who finished runners-up in the Championship but will be denied promotion, issued the statement shortly after Doncaster told BBC Radio Scotland that discussions around the vote were “robust” but not out of the ordinary.

Speaking ahead of Tuesday’s general meeting, when Rangers hope to persuade clubs to instigate an independent investigation into the vote, Doncaster said: “No club has reported bullying to me and as far as I’m aware to (chairman) Murdoch MacLennan either.

“Clearly there are robust exchanges between clubs. We were aware particularly in the Championship that these robust conversations were ongoing but nobody reported any bullying to me.

“A number of people expressed concerns about language that was used. There were suggestions, I believe, that if the resolution didn’t pass then there might be an attempt to change the distribution mechanism in the Championship and perhaps make it more equal. That is the sort of discussion you would expect to go on.

“That’s what happens when you have got these rough, tough business people in the game. There are no shrinking violets.

“We expect there to be robust conversations. That’s wholly different from someone making a formal complaint of coercion or bullying, and that hasn’t happened.

“If any club has evidence of bullying and wishes to make a formal complaint then they should do so and it will be dealt with in a formal way.”

Doncaster also rejected Rangers’ claims that a potential GBP 10million liability for ending the season prematurely should have been made clear to clubs before the vote.

“The resolution did not trigger any liability,” he said. “Any liability any league around Europe may face is down to the inability to play games.

“That is caused entirely by the Covid-19 crisis and in our case by a government directive that makes it clear there can be no football played until June 10 at the earliest.

“So the way we end the season is completely irrelevant. Unfortunately people are trying to conflate two issues which are unrelated.”

Rangers have offered to fund an investigation themselves if clubs are concerned about the costs.

Rangers interim chairman Douglas Park had stated in an interview with Sunday newspapers: “This episode is far from finished. Rangers will have no hesitation in the future in shining a light on poor corporate governance.

“I would like to think the SPFL might recognise its failings and accept that an Independent Investigation is necessary. It is not too late for them to do so consensually and start to build a better future for Scottish football.”