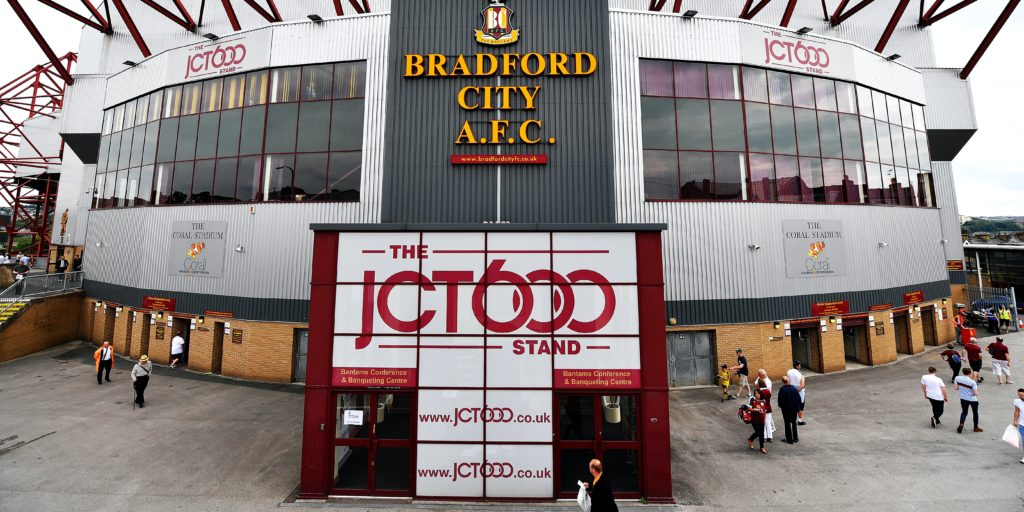 Tributes would normally have been paid in person.

Bradford held an online memorial service to mark the 35th anniversary of the Valley Parade Fire.

On May 11, 1985 56 supporters died after a blaze engulfed a wooden stand during the Bantams’ game with Lincoln, with 256 others injured.

The service was restricted to taking place on the club’s Twitter feed due to the ongoing social distancing rules because of coronavirus.

There were readings and prayers performed by religious, medical and political figures from both Bradford and Lincoln, while the ceremony opened with a moving rendition of Abide With Me.

Club chaplain Oliver Evans said in his message: “This fire forms part of the narrative of who we are as a city and so many people and now we are in similar times where we are seeing the very best of people in Bradford.

“We come to remember the 56 and all the lives that were impacted sadly that day. We also remember all those that were injured.

“Today we give thanks for those lives and all the memories that we have and we say to the city we will never forget the 56, we will always remember.”