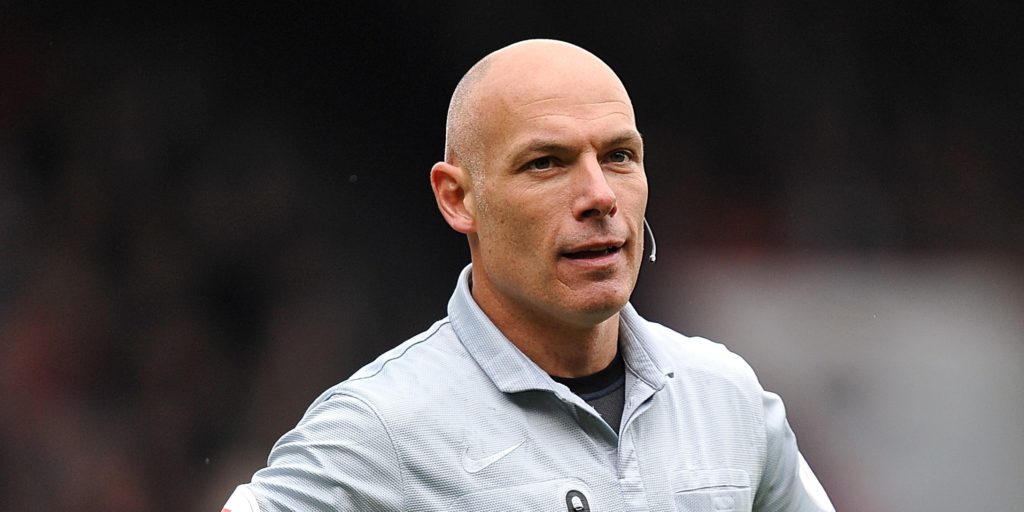 The system has divided opinion in England so far.

Former Premier League official Howard Webb believes the Video Assistant Referee system that has proved so divisive in this country in recent months will gradually win over its doubters.

The International Football Association Board (IFAB) last week opened up the prospect of individual competitions suspending VAR once the sport can resume in their respective countries.

Introduced at the start of the 2019-20 campaign, VAR has made a number of contentious decisions in the English top-flight, but Webb, the 2010 World Cup final referee, is a big proponent of the technology.

Webb is now the general manager of the professional referee organization of Major League Soccer in the United States, which has been using VAR since August 2017.

And Webb said via conference call: “We don’t feel it’s a marmite issue, we love it over here. Our officials really enjoy using it, I enjoy seeing it being utilised for those occasions for when it does come into its own.

“We’re keen to make sure and we always have been that it doesn’t interfere with the game, it sits there to provide a little benefit on those situations that are really difficult for officials to see in full speed, those match-significant situations.

“By and large it does that really well, it sits in the background and steps in when it needs to.

“There’s no doubt that it gets better the longer that it’s implemented, we’ve seen that in our roll out, we’re much better now than we were three years ago. I think you see that in every competition around the world.”

The 2020 MLS season was disrupted after two games by the coronavirus pandemic although from last week, players were allowed to resume individual outdoor training at the league’s facilities.

Webb admitted that staying fit was the prime concern for MLS referees in anticipation of the league starting up again in the coming months.

But he says the crisis has not drastically altered their routines as it has with clubs, as he said: “In many ways we’re quite well-positioned to deal with that because a lot of our work throughout regular seasons anyway takes place remotely.

“Unlike a club, our officials are based all over the US and in Canada. A lot of our contact is done online throughout regular seasons anyway.”

Radical proposals including players looking away when tackled and refraining from spitting have reportedly been suggested by some leagues as measures designed to minimise the spread of Covid-19.

Webb, though, added: “I don’t think it’s realistic to ask players to play in a different way in terms of the actual playing of the game.

“Tackling is tackling, heading is heading and officiating is officiating, and that will need to take place in a normal way.

“(There might have to be) some adjustments but as normal a game as possible and I think we have to expect players to play in the normal way and do things in the normal way, considering the need to be sensible throughout.”