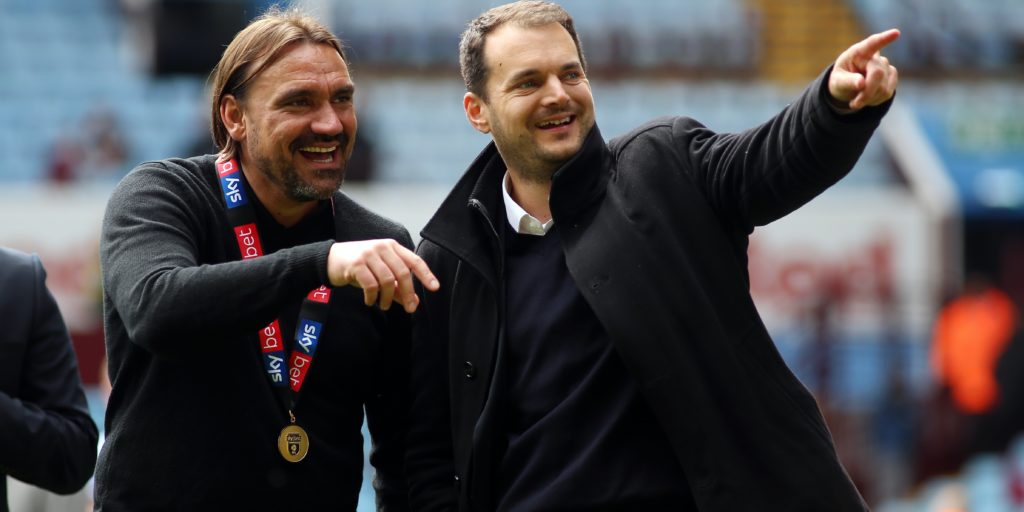 Norwich sporting director Stuart Webber insists promotion and relegation must be ‘settled on the pitch’.

Promotion to the Premier League should be scrapped if Championship clubs fail to complete their season, according to Norwich sporting director Stuart Webber.

Webber insists the Canaries will not accept a scenario in which they finish the campaign and are relegated, only to be replaced by the likes of Leeds or West Brom whose season has been prematurely curtailed.

While Premier League continue to discuss options for ‘Project Restart’, there is less clarity on the the prospect of a return for football in the Championship, League 1 and League 2.

Webber told the Sky Sports Football Show: “What we could not accept is a situation where we play all our games and get relegated, but the Championship can’t play, and they automatically promote some teams who haven’t finished the season.

“For anyone who has got promoted from the Championship, it is a 46 or 49 game slog. It needs to be settled on the pitch – both coming up and going down.”

Meanwhile Gary Neville has accused top-flight officials of staying “invisible” through the crisis, leading to confusion over how and when the game might be able to stage a return.

And Neville told the same programme he believes it is unfair to leave supporters speculating over the short-term future of the game while the behind-closed-doors discussions continue.

“I think at this moment in time we do need to be communicated to properly as a country as to why it’s safe to return to football – not just the players because the fans want to hear it as well.”

Palace manager Roy Hodgson, meanwhile, is confident he will be able to work should the season be able to resume despite him falling into the ‘clinically vulnerable’ over-70 group.

Asked if he would be able to return, the 72-year-old told the Keys and Gray show on beIN SPORTS: “Yes. Age is age. It’s how you feel really. Your age doesn’t necessarily relate to your fitness or how you’re feeling, or your capacity to do a job.

“As far as I’m concerned, I feel every bit as good as I did on March 10, in fact probably a little bit better because this time has given me more of a chance to work on my fitness than I had during the time I was working on a daily basis. When I’m called back to work I shall be very happy to go back to work.”