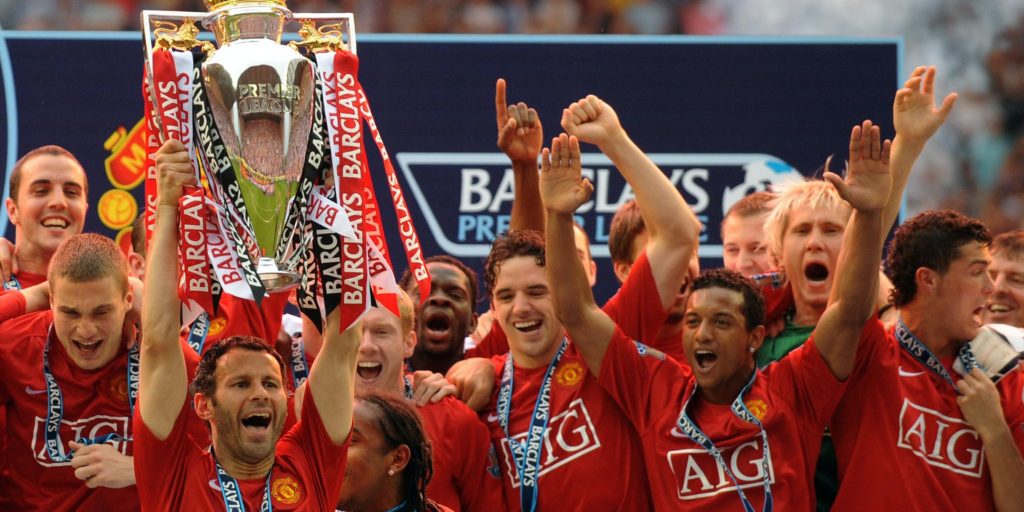 Ryan Giggs stands as one of football’s most decorated players.

The winger’s trophy-laden career at Manchester United sets him apart in the game’s folklore.

In 1993 he helped United to their first top-flight title in 26 years – the first of his 13 Premier League crowns – having broken into the team at 17 as part of the Class of ’92.

He also took the captain’s armband at Old Trafford for much of the 2007-08 season with Gary Neville sidelined with a long-term injury.

The Wales international lifted his 10th Premier League title after a 2-0 win at Wigan on the final day of the season – a game where he equalled Sir Bobby Charlton’s record of 758 appearances for the club.

Giggs also helped United win the Champions League with a shoot-out victory over Chelsea in Moscow, coming on as a late substitute and scoring their final penalty.

Three more league titles followed and he took charge for four games after David Moyes’ sacking before retirement – having played 963 times for the club – in 2014.

He stayed on under Louis Van Gaal but left Old Trafford following Jose Mourinho’s appointment in 2016. Two years later he was appointed manager of Wales – who he played 64 times for – and guided his country to Euro 2020 – before it was postponed.