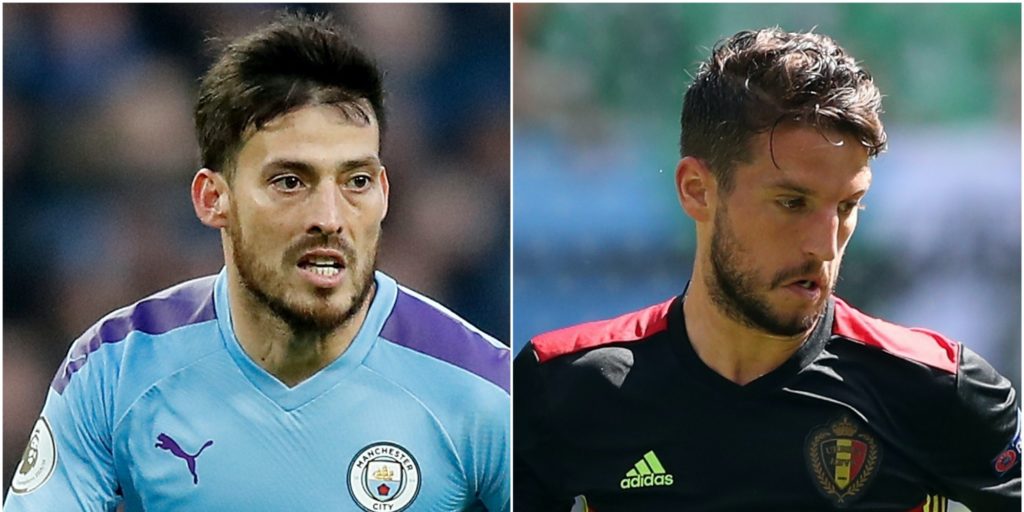 David Silva looks set for a proper send-off to his tenure at Manchester City.

David Silva is believed to be set to see out the rest of Manchester City’s season. The Times reports that, although the 34-year-old midfielder’s contract expires on June 30, he is understood to be willing to sign an extension in order to bring his 10th season at the club to a proper conclusion.

Chelsea may have hit a roadblock in their pursuit of Napoli forward Dries Mertens. According to the Daily Mail, the 33-year-old Belgian would prefer to stay in Italy rather than move to England and the Premier League once his contract runs out in the summer.

The Manchester Evening News says Manchester United have yet to come to terms on a new contract with 19-year-old midfielder Angel Gomes. The England Under-20 representative is reportedly holding out over doubts on whether he can break into the club’s first team and the Red Devils’ pursuit of similarly-aged players.

One of those players is rumoured to be Schalke’s 19-year-old winger Rabbi Matondo. The Manchester Evening News also reports that the Welshman is being eyed as a potential transfer target if the club fails to sign 20-year-old Borussia Dortmund and England forward Jadon Sancho.

Che Adams: The Southampton striker is set to be put on the summer transfer market for GBP 10m or less, according to Football Insider.

Juan Foyth: Football Insider also reports that Leeds would be willing to make a move for the 22-year-old Tottenham defender if they are promoted to the Premier League.