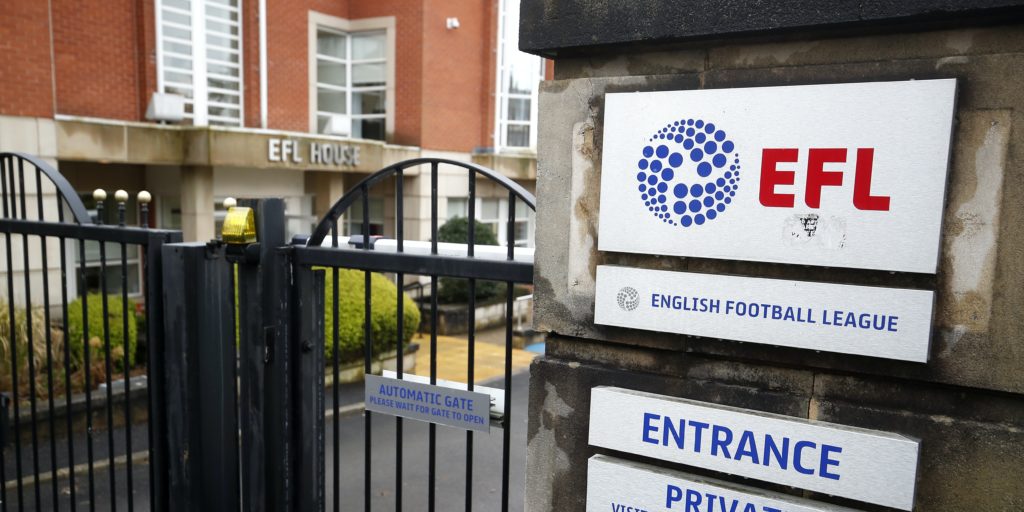 The costs around restarting the season were considered too high by fourth-tier clubs, the EFL said.

League Two clubs have unanimously indicated they are in favour of moving towards ending the 2019-20 season.

The English Football League confirmed that the view had been formed after considering the return-to-play protocols and attached costs of resuming the campaign amid the coronavirus pandemic.

The EFL said the fourth-tier clubs had also agreed to the framework drawn up by its board for use in the event of curtailment – the maintenance of promotion and the play-offs, and deciding the final league table on an unweighted points-per-game system. However, they asked that no club be relegated to the National League.

An EFL statement read: “Having considered the protocols and costs that would be required to be met to conclude the current season, League Two clubs have unanimously indicated a preferred direction of travel to curtail the campaign in line with the framework outlined by the EFL board.

“In addition, clubs asked for consideration to be given to suspending relegation to the National League for 2019-20 as a result of circumstances created where fixtures cannot be completed. No commitments were made in this respect and the board will now consider the implications of the division’s preferred approach at their next meeting.”

The EFL said League One clubs had not yet reached an agreement on whether to curtail or not, while the Championship teams were committed to resuming.

“There were varied views shared in League One and it was determined that there would be a further period of reflection and consultation to understand what creative solutions could be implemented,” the EFL statement read.

“It was acknowledged that the need to find innovative and creative solutions was of paramount importance as was the need for decisions to be taken quickly.”

A group of six clubs – Fleetwood, Ipswich, Oxford, Peterborough, Portsmouth, and Sunderland – said on Thursday they were in favour of completing the season.

Rochdale chief executive David Bottomley told the PA news agency on Thursday that his club favoured ending the season now on a points-per-game basis, but are firmly behind the EFL collective and would abide by the majority decision.