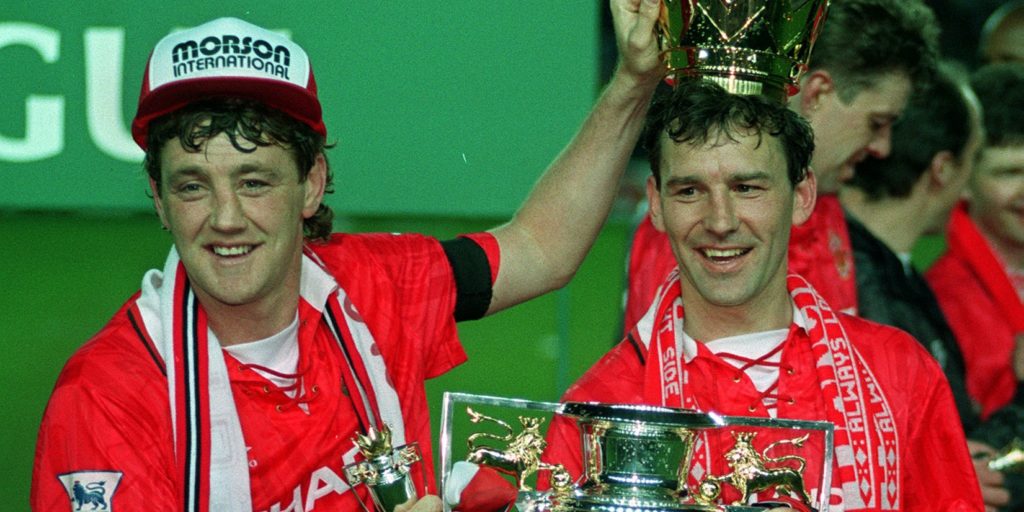 Robson was a leader for Manchester United.

A leader among men, the nickname ‘Captain Marvel’ says it all.

Robson arrived at Old Trafford in a then eye-watering record switch from West Brom in October 1981 – but that GBP 1.5million fee proved among the best deals in Manchester United’s history.

Named United captain just a year after joining, he led with aplomb from the middle of the park – just as he would during an England career that would see him rack up 90 caps.

Robson would not have to wait long to skipper the club to silverware, having overcame ankle ligament damage to inspire United to replay victory against Brighton in the FA Cup final in 1983.

Further FA Cup glory would follow in 1985 and 1990, with European success coming in 1991 as United overcame Barcelona to win the Cup Winners’ Cup.

Injuries were increasingly taking their toll but Robson remained a key influence around a club that would end a 26-year wait for a title in 1993.

Despite making just 14 appearance during that injury-hit campaign, he jointly accepted the Premier League trophy alongside Steve Bruce.

‘Captain Marvel’ would again play a limited role as United won the league and cup double in what proved to be his last season, leaving the club in 1994 after scoring 99 goals in 461 appearances across 13 memorable seasons.