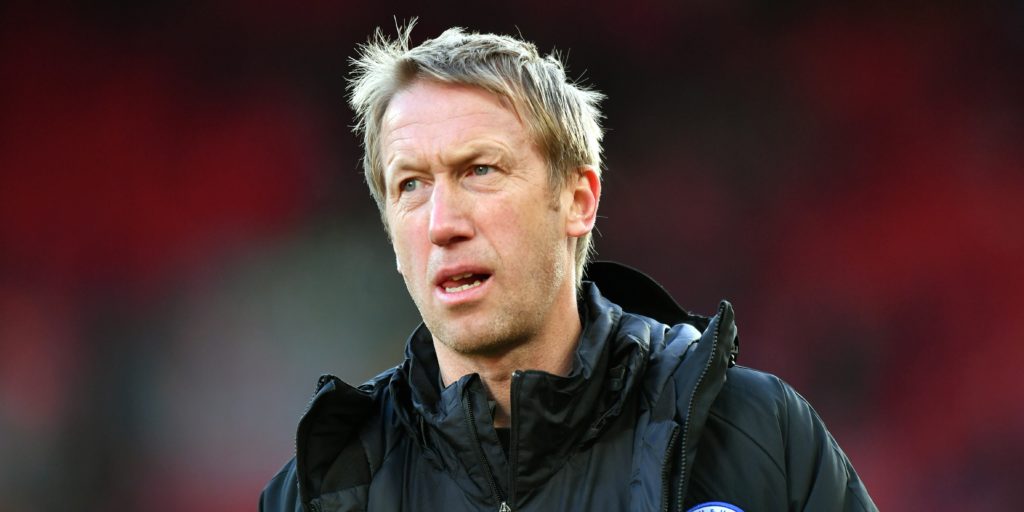 Potter accepts he may not have his whole squad to choose from given player concerns about football’s return.

Brighton head coach Graham Potter indicated he was opposed to the Premier League introducing a temporary rule change from football’s lawmakers that would allow a team up to five substitutes per match.

The International Football Association Board (IFAB) last week approved the FIFA proposal as a means of protecting player welfare due to the likelihood of leagues cramming fixtures into a small time-frame in warmer temperatures.

No discussions have so far taken place about the topic between the Premier League and the clubs, according to Brighton chief executive Paul Barber, who believes there are far more important issues to resolve first.

Potter, though, said: “I think as soon as you start to change the rules regarding substitutions, it becomes different to what we started in the first place.”

An addendum to the IFAB media release said individual competitions could suspend the video assistant referee system for the remainder of the season if they so wished.

VAR has proven controversial since being adopted by the Premier League at the start of the 2019-20 season and clubs may well choose a discontinuance.

However, while there is not yet even a definitive resumption date for the league as it looks to conclude a campaign which has been halted for several weeks because of coronavirus, Barber insists any vote on these matters can wait.

Top of the agenda for Barber and Brighton is a vote on medical protocols at the league’s shareholders’ meeting next Monday, where the debate surrounding ‘Project Restart’ is set to continue.

If talks are successful then Brighton are planning for their players to take part in the first phase of training the following day, which would see players tested before working out individually or in small groups as part of Government guidelines.

Barber said: “I know a couple of stories were talking about VAR and five substitutes and things like that. We haven’t had any notice of change. And I wouldn’t expect that to come obviously before medical protocols.

“And then I would expect it to come at a point where we’re talking about the return to play protocols, because that’s where it would really matter.

“So we’ve got no notice of that yet and so no idea when we might be asked to talk about it or even vote.”

The Government said on Thursday it is “opening the door” for professional football in England to resume in June in empty stadiums. A return to action on June 12 has been reported.

A number of players have expressed their concerns about coming back and in the current absence of any instruction about how to handle anyone reluctant to return because of health risks to themselves or to their families, Potter accepts he may not have his whole squad to choose from.

Potter added: “If it comes down to the stage when we have to play, because the guidelines on it are at the moment missing, then the assumption is that we have to adapt to the possibility that that may happen.

“It would be nice to have clarity in terms of the ‘what if?’. But in the absence of that, you have to be mindful of the possibility that you are going to have to adapt.

“These problems are completely new. We’re going into a really uncertain world. We’re dealing with a virus that no one really knows totally. We haven’t found the solution for it.

“Human beings often flick back to what they know based on their previous experiences. But this is a new situation. With that comes uncertainty and concerns.”