Home News On This Day in 2013: Former England captain David Beckham hangs up his boots

On This Day in 2013: Former England captain David Beckham hangs up his boots 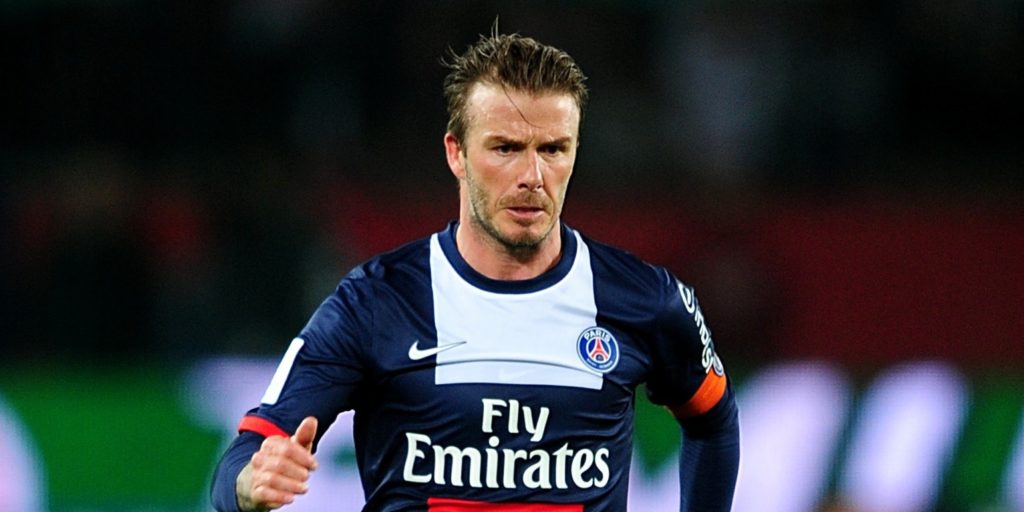 The midfielder was 38 years old when he decided to retire.

David Beckham called time on his career on this day in 2013 as the world’s most famous footballer went out at the top.

A medal-laden career that started as part of Manchester United’s fabled ‘Class of 92’ ended in Paris via stops in Madrid, Los Angeles and Milan.

Loan spells towards the end of his career at AC Milan contrasted markedly to his temporary stint at Preston in the formative years of a career that would end with celebrations in the French capital.

At the age of 38, Beckham – a figure that endured his fair share of lows along with the highs – called it quits after helping Paris St Germain wrap up the Ligue 1 title.

“It’s every athlete’s dream, it’s every footballer’s dream to go out on top form or winning a trophy,” he said. “It doesn’t happen that often.

Beckham retired as England’s most-capped outfield player, having represented his county 115 times between his debut in 1996 and his final appearance in 2009.

Few retired with a club or international CV as impressive as the midfielder’s – a player who transformed and transcended football during his 21-year career.

“Over the years people have obviously looked at other things that have gone on in my career and sometimes that’s overshadowed what I’ve done on the pitch,” Beckham said. “As much as I say that doesn’t hurt me, of course it does.

“It hurts when people – not question it – but think about other things.

“I hope people will remember me as a hard-working footballer, someone who was passionate about the game and someone that gave everything that they have, because that’s how I feel.

“To come to the end of my career now and look back and say I’ve achieved everything with every club I’ve ever played for, played for my country 115 times, been runner-up twice in the World Player of the Year to two amazing footballers [Rivaldo and Luis Figo], I’m very proud of that.”

Beckham skippered PSG to a 3-1 win against Brest at the Parc des Princes two days after his announcement, rolling back the years in a superb display as the curtain came down on his decorated career.