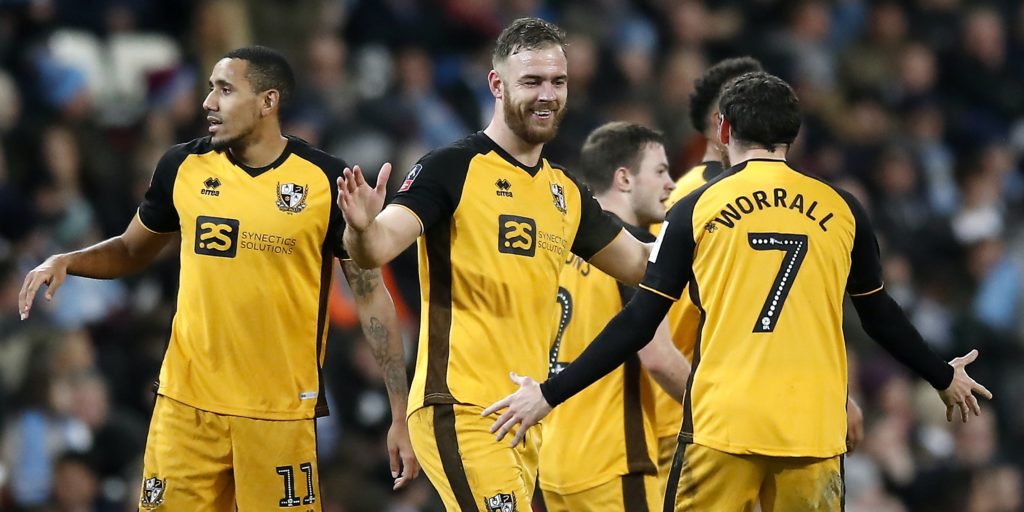 Carol Shanahan says it was “the hardest thing I’ve ever done” with Vale currently sitting a point and a place adrift of the play-offs.

Port Vale chair and co-owner Carol Shanahan believes she was acting in “the greater good” after voting to end the Sky Bet League Two season, despite her side being a point and a place adrift of the play-offs.

The English Football League confirmed on Friday that fourth-tier outfits had “unanimously indicated a preferred direction of travel to curtail the campaign” as well as agreeing to a framework which would decide the standings, while League One clubs failed to reach an agreement.

The final League Two table could therefore be decided on an unweighted points-per-game system and Port Vale would finish eighth, outside the play-offs.

Shanahan, though, thinks voting through the proposal was a necessary measure after considering the return-to-play protocols and attached costs of resuming the campaign amid the coronavirus pandemic.

“It wasn’t an easy thing to do. It’s the hardest thing I’ve ever done,” Shanahan told BBC Radio 5 Live. “Then I had to do the awful thing of ringing the manager to tell him.

“Port Vale fans could look at it and ask: ‘Why on earth did Carol vote for this that meant we missed out?’. Well, it was for the greater good. I think it was the right thing to do.

“I felt I really wanted to finish the season. We’re eighth in the table and have every chance of getting into the play-offs. We had everything to play for.

The EFL board must now consider the implications of the clubs’ position when it meets on Wednesday.

Clubs agreed the final table should be determined on an unweighted points-per-game basis, the top three should be automatically promoted and that the next four should play off for one remaining promotion place.

Crucially though the clubs asked the EFL for there to be no relegation, which would mean only National League leaders Barrow coming up because of Bury’s demise last summer.

Forest Green chairman Dale Vince told the PA news agency on Friday his club had not wanted to end the season, felt the decision had been rushed and that to block demotion was “all kinds of wrong”.

He said: “If you’re going to apply a rule that says we’re going to freeze the league where it is, you’ve got to do it top and bottom. It’s all kinds of wrong on the National League.”

Stevenage were at the bottom of the table when the campaign was suspended but even their owner Phil Wallace would prefer to secure their safety on the pitch.

While League One clubs have decided on “a further period of reflection and consultation”, Accrington owner Andy Holt revealed he would be in favour of promotion without relegation.

However, he added the caveat that an extra one club should be relegated every season until the third tier is back to its regular allotment of 24 clubs.

Holt said on Twitter: “I’d support promotion with no relegation. I would relegate 1 extra club a year until the number of clubs is back down to 24.

“@EFL clubs can fit more games in and it would mean more short term match day revenue as football returns. Those in playoffs, playoff. Single legs.”