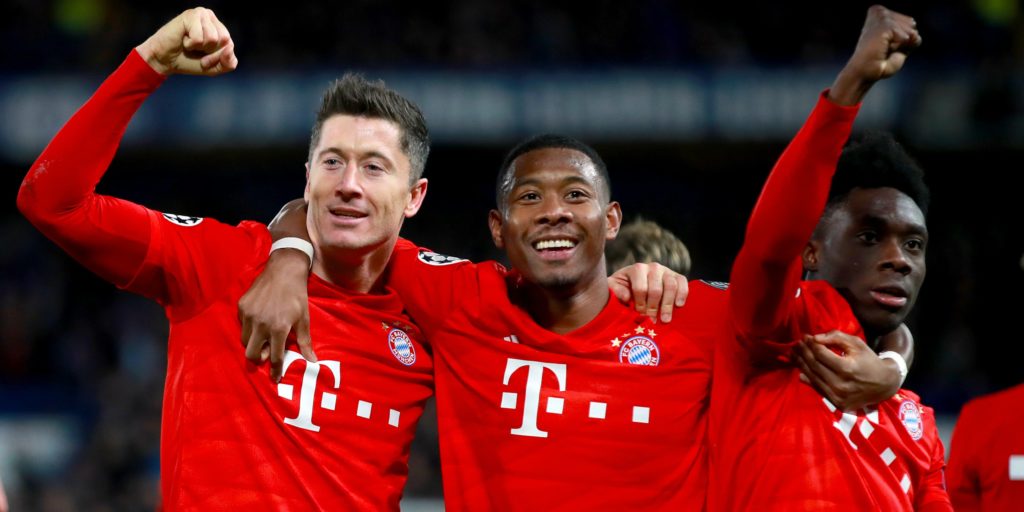 The Bundesliga is the first major European league to restart.

Bayern Munich boss Hansi Flick admits the spotlight of the world is on the Bundesliga.

The league restarts this weekend after a 61-day break because of the coronavirus pandemic and is the first major league in Europe to resume.

Ligue 1 in France opted to end their campaign while the Premier League is still trying to get the green light.

Leaders Bayern travel to Union Berlin on Sunday and Flick is well aware how the Bundesliga can set an example.

He said: “The whole world is watching Germany to see how we do it. It can act as an example for all leagues. Then sport in general might be able to get going again.

“At the moment, it’s important to implement things exactly as required. We have a big role model function.

“We can be happy to be able to play again. Lots of things have been done right in Germany. We’ve gained the confidence of the government thanks to the DFL concept.”

Games will be played behind closed doors to protect fans from infection and Flick knows teams must adapt.

He said: “Of course, it is different: Fans and emotion are the be-all and end-all of football. Everybody prefers to play in front of spectators. The preconditions are the same for everyone.

“It all depends on who can deal with it best. There are nine games to go, a power-play season, a short tournament. It’s all back to square one.”

Flick is without long-term injury victims Philippe Coutinho, Corentin Tolisso and Niklas Sule but can use five substitutes after the league opted to ease the strain on players during the packed schedule.

“I’ve got two more options so I’m very happy, particularly in this situation. I hope it won’t be used just to waste time,” he told the club’s official site.

“We’ll use it to substitute a player who’s tired. That’s great in weeks with lots of games. I’m very happy with the option.”

Union Berlin boss Urs Fischer will not be in the dugout for the first ever home clash against Bayern following the death of his father-in-law. Assistant coach Markus Hoffmann will take charge of Sunday’s clash.

Mid-table Cologne also welcome struggling Mainz on Sunday, with the visitors having lost seven of their last 12 games before the enforced break.

Bayer Leverkusen, who are chasing the top four, travel to relegation-threatened Werder Bremen on Monday.

Leverkusen’s last game was at Ibrox in March when they won 3-1 against Rangers in the first leg of their last-16 tie in the Europa League.