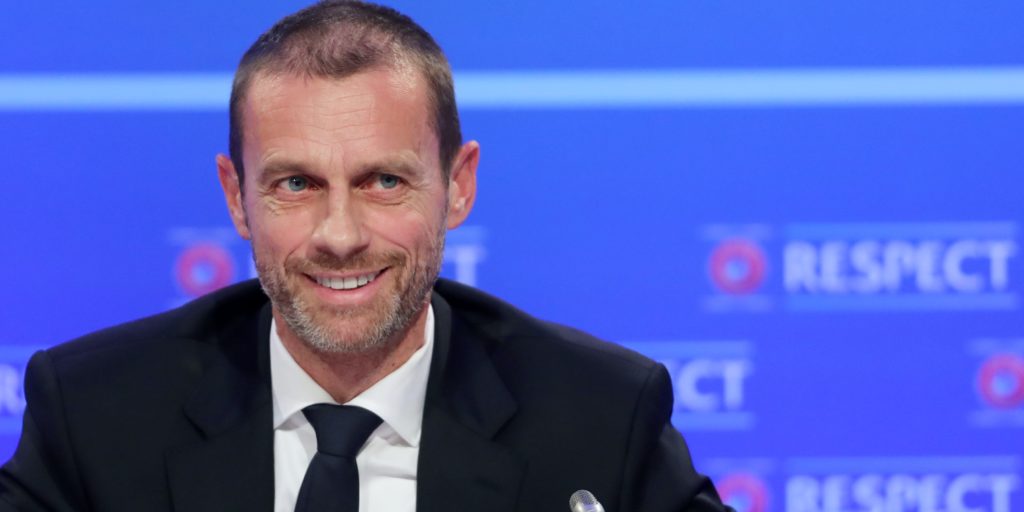 Europe’s football governing body says it is not pursuing an amendment to its entry requirements.

UEFA has dismissed reports that clubs whose leagues have been cancelled this season because of coronavirus face being placed in preliminary rounds of European competitions.

In an interview with beIN Sport this week, UEFA president Aleksander Ceferin revealed he thought the decision to permanently call a halt to the 2019-20 Ligue 1 and Ligue 2 campaigns in France was “premature” from his standpoint.

Officials came to the conclusion after French authorities determined no sporting events could be held until at least September, meaning Paris St Germain were crowned champions while runners-up Marseille will join them in the Champions League group stage, with third-placed Rennes settling for the third-qualifying round where fixtures are scheduled to be held in August.

While UEFA admitted clubs that have had their seasons scrapped must be ready to take part in the qualifying rounds of the Champions League or Europa League, Europe’s football governing body says it is not pursuing an amendment to its entry requirements.

A statement said: “With regard to the way some quotes in an interview with beIN have been reported, UEFA wishes to make clear that President Ceferin said that clubs from leagues which were abandoned in this season would still need to be ready to play qualification rounds for next season according to the current access list.

The Bundesliga becomes the first major European league to get under way this weekend but there are still many competitions, including the Premier League, currently in limbo.

Ceferin addressed the situation in his interview, as he said: “For us, the important thing is that we know who is the champion, who is second, who is third, and fourth.

“My personal opinion is that you cancel a season super early, it’s not an ideal thing because things can improve a lot and everybody can play except a few leagues.

“But if it’s the decision of the government, what can the clubs do? Or the league? They cannot do anything. But for me the decision was premature. But it doesn’t affect UEFA, so it’s their decision.”