On This Day in 1990: Sir Alex Ferguson wins first trophy at Manchester United 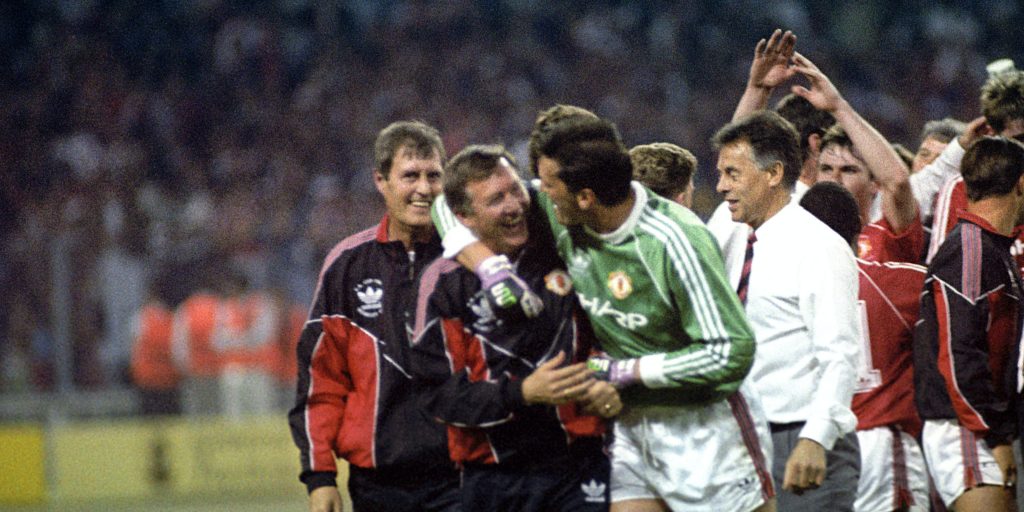 The Red Devils finished 13th that season but the FA Cup brought some much-needed respite and provided the catalyst to an unprecedented era of success.

That loss was part of a calamitous 11-match winless league run that stretched from November to February, ratcheting up the pressure on manager Alex Ferguson.

The Scot had shone as Aberdeen manager but big spending had yet to bring results following his arrival at Old Trafford in 1986.

United slumped home in 13th place in the First Division during the 1989-90 season, but the FA Cup brought some much-needed respite – and provided the catalyst to an unprecedented era of success.

Mark Robins secured a 1-0 win at Nottingham Forest in what framed as a make-or-break third-round clash for Ferguson, who then oversaw wins on the road at Hereford, Newcastle and Sheffield United to set-up a semi-final against nearby Oldham.

The last-four clash ended in a thrilling 3-3 draw at Maine Road, but Robins again came up with the goods in the replay as the Latics were overcome 2-1 and United sealed their trip to Wembley without playing a game at Old Trafford.

Former United favourite Steve Coppell’s Crystal Palace stood in Ferguson’s way in the capital and the sides fought out an electrifying 3-3 draw as the final went to a replay on May 17.

And on this day in 1990, the Scot finally broke his duck in English football.

Ferguson decided to replace out-of-sorts Jim Leighton with back-up goalkeeper Les Sealey in the replay and the decision paid dividends as he kept a clean sheet.

Tension was high and homegrown Lee Martin struck in the 59th minute, firing United to their seventh FA Cup win and – unbeknown to him or anyone else at the time – an extraordinary age of dominance at Old Trafford.

“Without the FA Cup victory over Crystal Palace nearly four years after my arrival, grave doubts would have been raised about my suitability for the job,” Ferguson wrote in his autobiography.

“We will never know how close I was to being sacked, because the decision was never forced on the United board.

“But without that triumph at Wembley, the crowds would have shrivelled. Disaffection might have swept the club.

“Winning the 1990 FA Cup allowed us breathing space and deepened my sense that this was a wonderful club with which to win trophies.

“To win the FA Cup at Wembley made the good times roll. But on the morning after our victory, one newspaper declared ‘OK, you’ve proved you can win the FA Cup, now go back to Scotland’. I never forgot that.”

Ferguson would retire in 2013 on the back of his 13th Premier League title, having collected 38 trophies in all during a medal-laden reign at United.