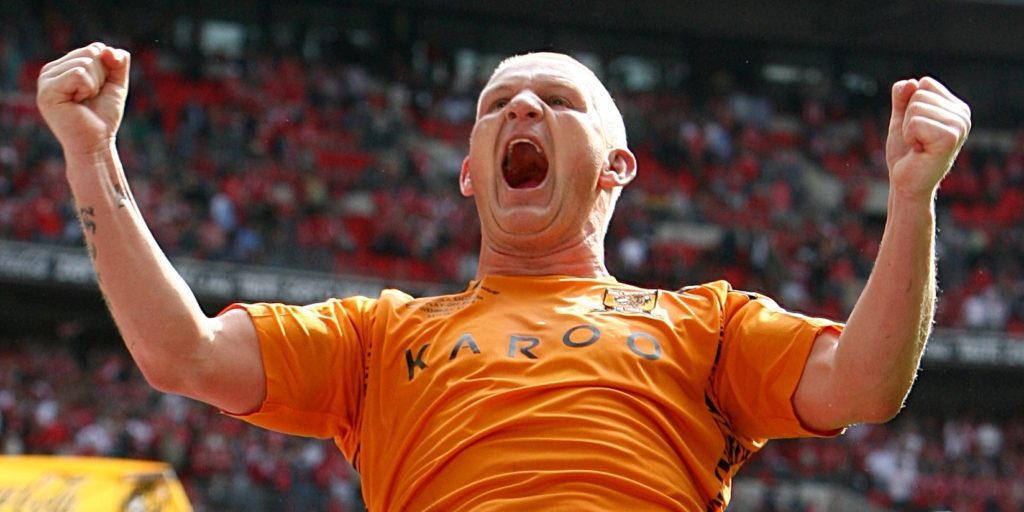 His volley settled the 2008 Championship play-off final against Bristol City and fired Hull into the top flight.

There could have been no more fitting a figure to sweep Hull City into the top-flight of English football for their first time in the Tigers’ 104-year history.

A swinging volley from Dean Windass in the first half of their 2008 Championship play-off final against Bristol City proved enough to end their unbroken spell in the lower tiers of English football.

The fact that it was the 39-year-old Windass, who had grown up close to the club’s old Boothferry Park ground and initially joined the club as a trainee, who made the difference made it all the sweeter.

Having initially been rejected by his home-city club, Windass belatedly signed professional terms at the age of 22 and would go on to make 205 appearances, scoring 64 goals.

Such a fairytale finish had seemed unlikely when, with the Tigers in dire financial straits, Windass was sold to Aberdeen for a then club record GBP 700,000 in 1995.

After subsequently have spells in the Premier League with Middlesbrough and Bradford, Windass finally returned to Hull in 2007, setting the scene for his astonishing finale.

It arrived in the 38th minute when Fraizer Campbell swung in a cross from the left and Windass latched on with a volley which crashed into the net and ultimately earned his side the glory they had long awaited.