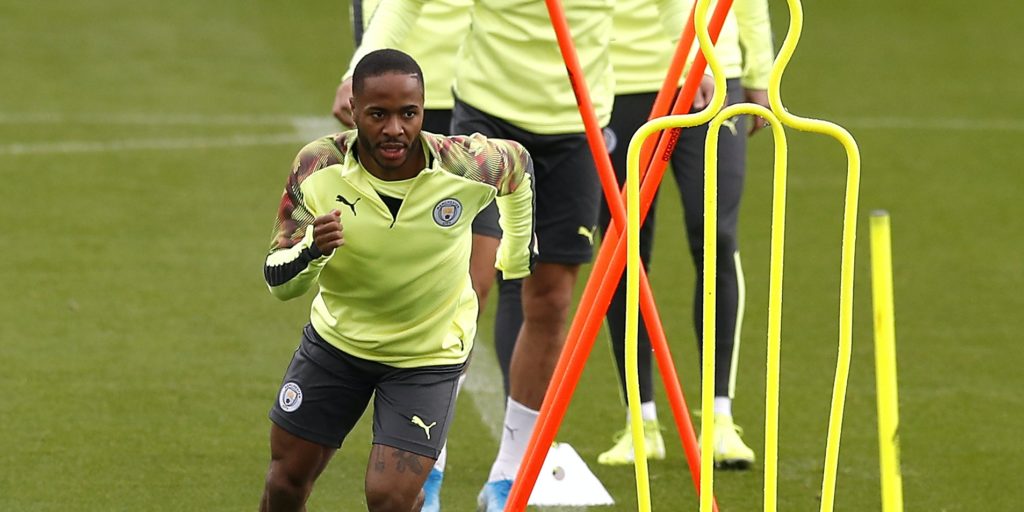 Sterling admitted to feeling “lost” when the lockdown was first introduced in March.

Raheem Sterling has cast doubt over the Premier League’s plan to resume matches next month with many top stars still not back in training.

Sterling has insisted players would require at least a month of full training before they can be pitched back into big-match action – effectively ruling out the hoped-for return date of June 12.

Speaking in an interview with USA women captain Megan Rapinoe on his Youtube channel, Sterling said: “You can’t come back in with one and a half or two weeks (of training).

Sterling admitted to feeling “lost” when the lockdown was first introduced in March.

“The beginning (of lockdown) was definitely weird then I started to say to myself I can’t keep doing this, I can’t just be in this dark room playing my Call of Duty for six or seven hours, I just got a little schedule in,” he said.

“I felt lost for the first couple of weeks but then it just flew by. I can’t wait to get back out there.

“We’ve had a lot of gym sessions on Zoom, we’ve had our programmes being sent over to us, so I’ve been trying my best to keep up with the plan.”

Newcastle boss Steve Bruce says starting before the end of June is simply not viable, insisting an earlier start would see them “fall down like a pack of cards”.

However, UEFA president Aleksander Ceferin believes most European leagues will be able to finish the season.

The German Bundesliga is the first major league to resume following the coronavirus pandemic while, along with the Premier League, plans are afoot for June resumptions in Spain and Italy.

France and Holland are the two major leagues who have opted to cancel their seasons.

UEFA has a plan in place, wanting to end the 2019/20 campaign with the Champions League final at the end of August, and Ceferin thinks that will be possible.

“We have a concrete plan of finishing the European season,” he told beIN Sports. “Of course, this summer we will have to play without spectators at the stadiums.

Ceferin hailed the German league and Government for their organisation of the Bundesliga’s resumption.

Play in Germany started on Saturday behind closed doors and appears to have been a success.

“We trust Germans, their authorities are very serious… It’s not only about football,” Ceferin said.

“It’s about people being depressed because we are locked down, because there is so much uncertainty, and football brings life to a usual level.

“Football brings positive energy. It’s easier to be home if you can watch sports!

“So I think it’s a great [example of] cooperation between the German league and the German government. I hope, and think, they will be very successful.”

LaLiga will step up its preparations for a return to action, with group training of up to 10 players allowed from Monday.

Spain’s top two leagues are hoping to resume on June 12 and this marks a significant moment of progression.