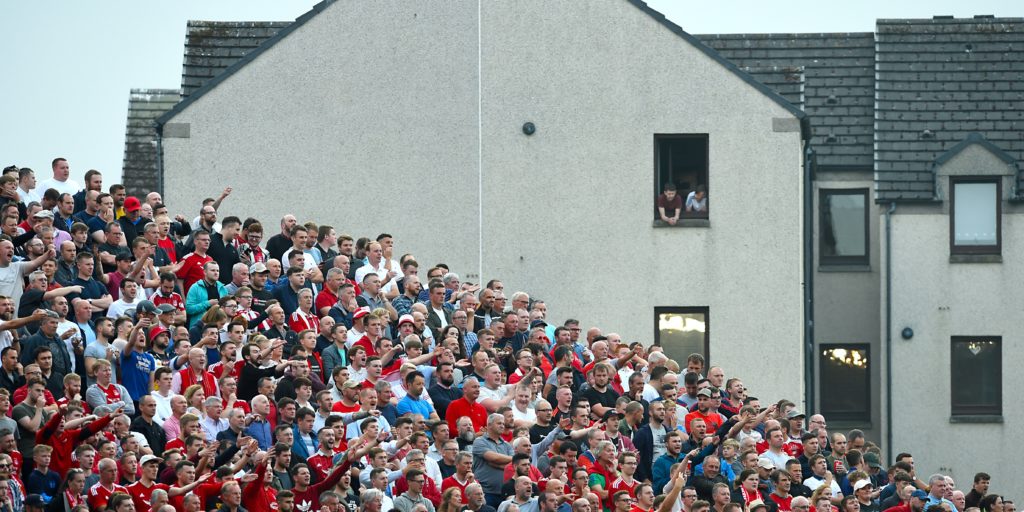 The Dons face a potential £1million shortfall after the Ladbrokes Premiership season was called with eight games to go.

Aberdeen say they do not expect to be playing in front of crowds for the rest of the year.

The Dons face a potential GBP 1million shortfall after the Ladbrokes Premiership season was called with eight games to go and forecast further financial challenges.

Chairman Dave Cormack said in a statement: “Two months ago our assumption was there would be no games in front of fans until September. It now looks likely that this will not be the case until early 2021.

“Our goal was, and remains, to do what we can to safeguard jobs and support our community. We can only do so by ensuring the ongoing viability of the club.

“The support we have had from the Red Army has been exceptional, particularly through the sale of 5,000 season tickets for 2020/21. And that’s something we won’t take for granted!

“I restate that we commit to providing full value for season ticket sales, and will address this when we know 100 per cent when we will be playing again.

“The cancellation of our remaining fixtures from last season now leaves us with the daunting prospect of a further GBP 1million of potential losses through part refunds across season tickets, advertising, hospitality and sponsorship.”