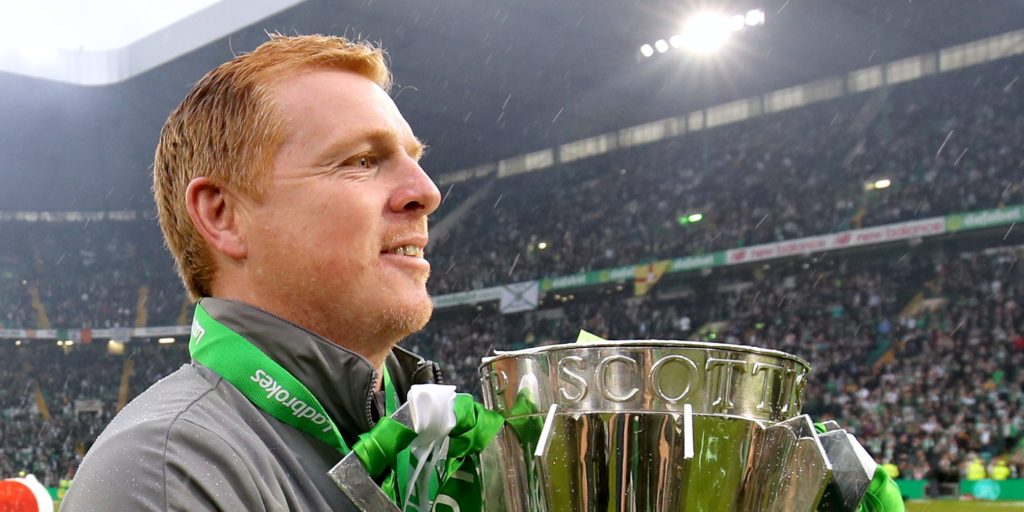 Celtic boss Neil Lennon has set his sights on a record 10th title in a row after the club were confirmed as Premiership champions in a move which left relegated Hearts considering legal action.

The Scottish Professional Football League held a board meeting on Monday and announced the decision to end the season early. On Friday the 12 top-flight clubs had agreed that the campaign could not be completed.

A points per game average has been used to determine final placings, leaving
Celtic’s stranglehold on the trophy intact. When the coronavirus pandemic halted the competition on March 13 they had a 13-point lead over rivals Rangers having played one more match.

“Going into the season we knew nine was within our grasp but it was still so far away, it was a pressure season but we smashed it,” he told Sky Sports News.

“We were looking forward to the run-in and hoped to win the trophy in front of our supporters but it wasn’t to be me. But it was a fantastic season and we were just itching for more.

“I can safely say now that we can go for the 10. I’ve been sitting on that for a while. When I got the job again last year fans were talking about 10 but we had to get to nine first. Going for the 10 is historic, momentous and we’re all out to do it.”

While there is no real disputing Celtic’s right to the silverware, the picture at the bottom is less clear-cut. Hearts were four points behind second-bottom Hamilton with both sides having eight fixtures remaining.

The Edinburgh club have left open the possibility of legal action to the decision, saying in a statement: “We have stated from the outset that we don’t believe it is right that any club should be unfairly penalised because of the Covid-19 pandemic.

“Hearts will shortly submit a member’s resolution that we believe is a pragmatic solution to the issues the game currently faces and a way forward that the clubs can unite behind.

“It is our belief that this resolution, if supported, will provide an opportunity to avoid disproportionately disadvantaging – financially and otherwise – any club.

“The club has been taking legal advice throughout this process and are continuing to do so. We hope that the resolution being prepared will avoid the need to go down this route. Legal action would be both time consuming and expensive. However the cost to the club of relegation would outweigh these considerations.”

The issue of reconstructing the SPFL ladder and altering the composition of the divisions – a move which would have spared relegation – was considered before a lack of support from the Premiership became apparent earlier this month.

And Lennon believes the financial effects of the shutdown could yet bring that issue back to the table.

“From a football point of view I have a lot of sympathy for them (Hearts),” he said.

“(But) we may lose some clubs if we’re not careful and if that’s the case reconstruction may become inevitable.”

The only change in the final standings sees St Johnstone leapfrog Hibernian into sixth.

SPFL chairman Murdoch MacLennan said: “This is not the way anybody involved with Scottish football would have wanted to conclude the league season but, given the grave and unprecedented circumstances we are facing, the board has agreed that it is the only practical way forward.

“Covid-19 has wreaked havoc on sporting competitions around the world and the repercussions will be felt for a long time. Scottish Government restrictions and deep concerns for both player and spectator safety left the SPFL with no realistic option but to call the Ladbrokes Premiership now and we thank the Premiership clubs for their support on this decision.”

The weeks leading to this decision have been protracted and steeped in controversy while the issue may yet rumble on after Hearts owner Ann Budge was tasked by her fellow Premiership clubs with taking forward attempts to resurrect a shake-up of the SPFL last week.

For now, the league can pay out GBP 7million in prize money although chief executive Neil Doncaster warned: “Nobody should be under any illusion as to how complicated and difficult a challenge it will be to return Scottish football to normality.

“We will be liaising with Government on the best way forward and working to ensure all 42 clubs are playing football again as soon as humanly possible.”