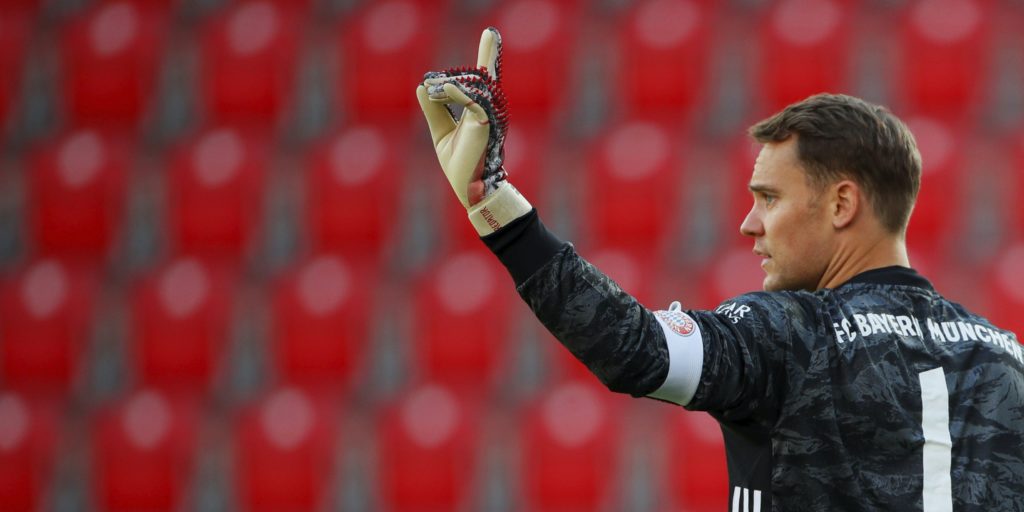 Bayern Munich are four points clear at the top of the Bundesliga.

Manuel Neuer and Thomas Muller were pleased with Bayern Munich’s winning returning to action, even if the Bundesliga leaders fell short of their best in front of empty stands at Union Berlin.

Having seen Borussia Dortmund close the gap with Saturday’s derby shellacking of Schalke, Hansi Flick’s men regained their four-point cushion with a solid, if unspectacular, performance the following day.

Robert Lewandowski’s penalty – his 40th goal of the season in all competitions – put Bayern on course for a victory wrapped up by Benjamin Pavard at Union, who could have few arguments with the 2-0 scoreline.

“We’re glad we were dominant and deservedly took the three points,” Bayern skipper Neuer told the club’s official website. “We could have played better, but we deservedly won the match.

“We’re used to a different atmosphere at this stadium. But it’s down to us, it’s a question of motivation, of attitude and of being aware of what kind of match it is.

“We’re trying to do our best of course, we’ve worked very hard, and now we want to live up to our full potential.

“It’s a new situation, we have to cope with it. One of the nine matchdays is over. We shouldn’t write off any team.”

Bayern head coach Flick called it a “workmanlike” and satisfying win in the capital, where Muller saw an early opener cancelled out for offside.

“There was room for improvement here and there, especially in the first 25 minutes, we resorted to too many long balls then. We improved a bit after that.

“We were more confident after the opener, we should have scored another goal before half-time.

“Our display was OK but there was certainly room for improvement. We were excited, just like before matchday 1 in August.

“Both teams coped really well with the circumstances. Our focus is on the sport as soon as the ball rolls.

“Of course the fans can give us some extra momentum, but we must ignore that. We’re four points clear, we took another step towards our big goal today.”

Union’s hopes rapidly faded away on Sunday, when their head coach Urs Fischer was not in the dugout following the death of his father-in-law.

Union Berlin defender Neven Subotic, who gave away the penalty converted by Lewandowski, said: “The whole procedure is different, a lot was missing. We saw what makes our job so special: the fans.

“But it’s our job to play football and put up a fight. It’s in our nature, we saw that today.

“I hope it was an exciting match for the fans at home. At least it felt really good out on the pitch.”