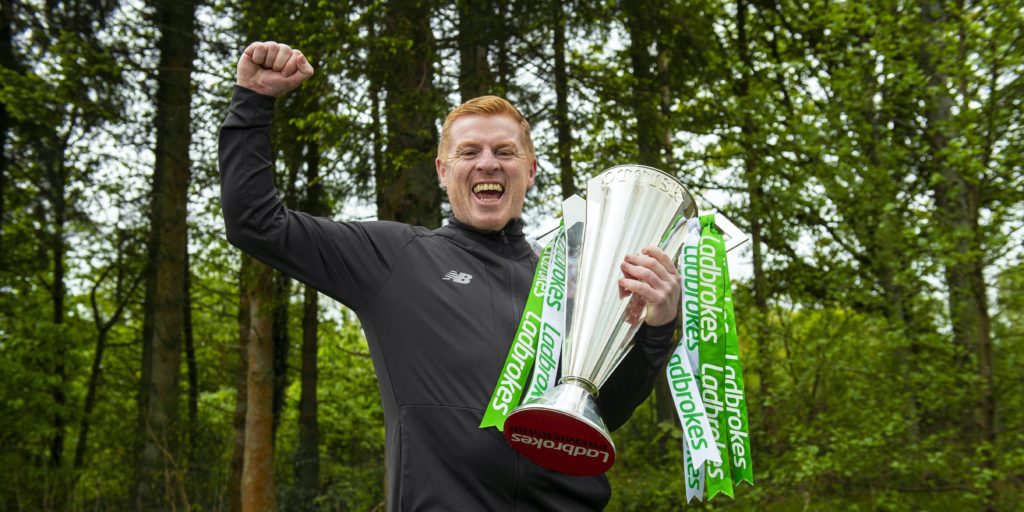 The Hoops’ ninth successive league win emulates Jock Stein’s all-conquering side and the Rangers team of Graeme Souness and then Walter Smith.

Celtic manager Neil Lennon believes they can look forward to their special 10-in-a-row quest with much of the pressure eased following their ninth consecutive title.

Lennon’s men earned their latest success after streaking 13 points clear of Rangers over what proved to be the final six weeks of the campaign.

Their achievement emulates Jock Stein’s all-conquering Hoops side and also the Rangers team of Graeme Souness and then Walter Smith.

History beckons and Lennon admits the prospect of going one better will drive them on whenever next season begins.

The Celtic boss told the PA news agency: “That’s a huge motivation for the players. If they needed any extra motivation that would be it.

“I wouldn’t say the pressure is off but it’s certainly not as intense. They have equalled nine now and going for 10 is something very special and something we can all look forward to.”

Before the coronavirus pandemic suspended play, Celtic had scored 89 goals – more than the total they managed in four of their previous eight campaigns – and hit the 80-point mark, higher than the total they finished on in 2013, when Lennon led them to the second title of their winning run.

“We were dominant in the second half of the season,” he said. “We dropped two points out of 30, scored a lot of goals and played some great football. We were looking at more than 100 goals, 100 points.

“I have got to pay tribute to the players. Under immense scrutiny and under immense pressure, this is our 11th trophy in a row.

“That is remarkable by any standards, in any level of football, but they are doing it at the top level in Scotland. It speaks volumes for, not only their talent, but their temperament as well.

“We played some great football, we changed the system and that worked for us, but whatever system we went with, whether it was 4-3-2-1 or three at the back, they adapted to it brilliantly. Some of the football we played was spectacular. And we had a great Europa League campaign as well.”

Lennon and his side were doubted in some quarters after losing at home to Rangers on December 29 to leave them just two points ahead with a game more played.

“It was just a question of more of the same. However, we looked a little bit tired towards the end of December. And we felt that changing the system, getting another striker on the pitch might have benefited us, and that turned out to be the case.

“We were scoring goals at a fantastic rate and creating a lot of great chances. And we looked fit and strong. Our last game was March 7 and we won 5-0.

“We were just looking so strong at that stage. The one injury we had in the whole squad was Michael Johnston and that was a long-term one. So in terms of squad depth and fitness levels of the players, we were looking really good at that stage.”

Celtic urged their fans not to congregate at Parkhead after the news was confirmed and Lennon admitted he would leave his squad to gather online while he savoured their success at home.

“The players have got their own group chat which I am exempt from, which is fine,” he said. “As far as we are concerned it will probably just be a drink in the house and then we can wait until we are all together and take it all in.”