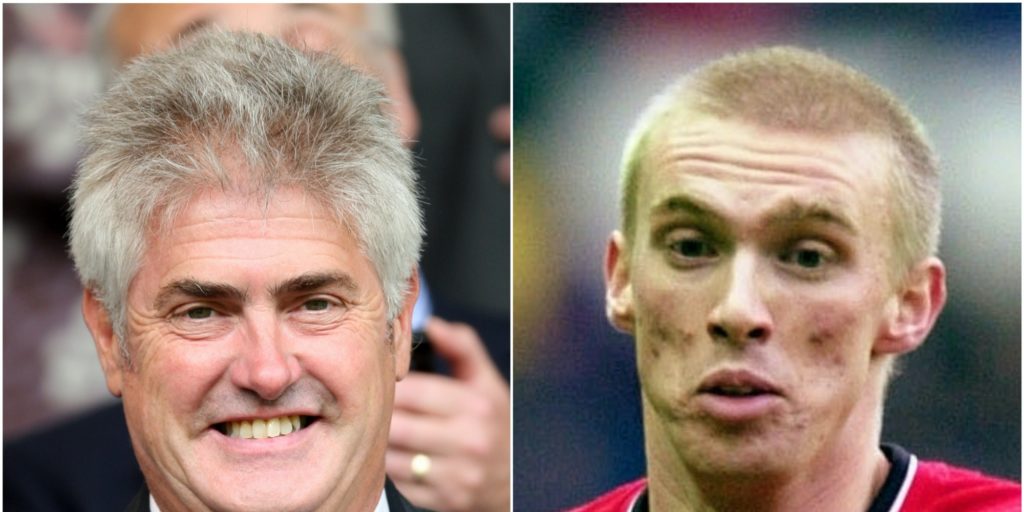 The former Manchester United player was tormented by comments made about him on They Think It’s All Over.

Broadcaster Nick Hancock says he is “appalled” at himself after former Manchester United player Luke Chadwick opened up on the torment his TV show caused him.

Hancock was speaking as a former host of the BBC panel show ‘They Think It’s All Over’, which Chadwick has said he used to “dread”.

The show would make fun of Chadwick’s appearance as he was breaking through at United and, 20 years on, the now 39-year-old has spoken about the effect the mocking had on him.

“In the end, it lowers your self-esteem a lot,” he told the BBC. “That’s all I’m known for and spoken about – the way I looked. That isn’t right.”

A two-time Premier League winner with Manchester United, Chadwick added of the show: “I became a picture of fun, and that was probably the hardest thing. A popular TV show – [the attention] was magnified, so that’s what I was seen as by everyone off the back of that.

“I used to dread it coming on the telly. I wouldn’t watch it but then I’d get a text off someone saying ‘oh you’ve been on that show again’ as if it was a joke.

“Obviously people were finding it funny, but it was eating away at me a bit inside while that was happening.”

Hancock told the BBC on Monday of his shame.

“Listening to Luke is incredibly humbling, he’s shown so much more generosity and understanding and good judgement than we did at the time,” he said.

“I’m appalled for him and at myself. When I hear him speaking, I’m full of admiration for the present Luke Chadwick and full of sympathy for the young Luke Chadwick.

“The terrible thing about comedians and comedy shows is that if you’re getting laughs, you think you’re doing a good job.

“Of course the worst thing for Luke was that it became a bit of a running joke. To us it was a photograph. That’s not good obviously, we should have been thinking about the person, but that’s what can happen.”

Hancock now wants to make amends in person, adding: “Nobody should expect Luke to have called us on it, but it would have been effective if say the PFA (Professional Footballers Association) or his club had said something.

“I’m desperate to be in touch with him. I would be happy to meet him and hopefully we could put it to bed. If he feels he couldn’t forgive me, although he sounds like he may be able to, I would understand that too.”