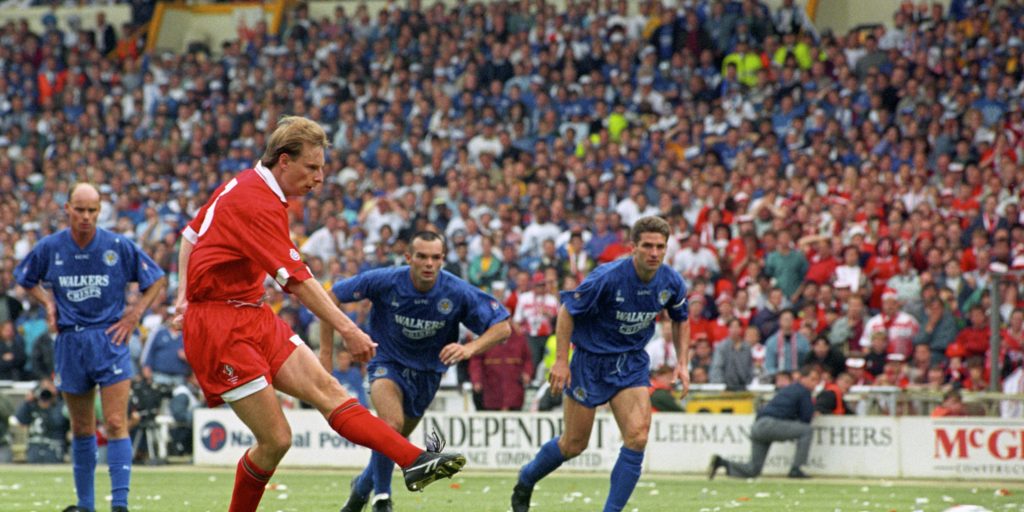 Left-back has a place in Swindon history.

Paul Bodin’s career can be defined by two hugely important penalties, both in 1993.

The most famous was perhaps the one he missed for Wales when had he scored they would have likely qualified for the 1994 World Cup.

But earlier that year he did score from the spot and it proved historic to Swindon as they won the Division One play-off final against Leicester to earn their one and only season in the Premier League.

The Wembley final was a classic and it needed Bodin’s late penalty to decide it, giving them a 4-3 win.

Swindon looked to have things wrapped up by the 53rd minute as player-manager Glenn Hoddle’s opener was added to after the break by quickfire goals from Shaun Taylor and Craig Maskell.

But Martin O’Neill’s side hit back with an 11-minute blitz as goals from Julian Joachim, Steve Walsh and Steve Thompson levelled matters.

With extra-time looming Steve White was fouled in the box and Bodin showed nerves of steel to score the penalty that earned Swindon promotion to the top flight for the first time in their history.

The left-back, who won the club’s player of the year award, performed well in the top flight, scoring seven goals but could not help the Robins avoid relegation.