Home News Where are they now? The stars of the first of Celtic’s nine in a row

Where are they now? The stars of the first of Celtic’s nine in a row 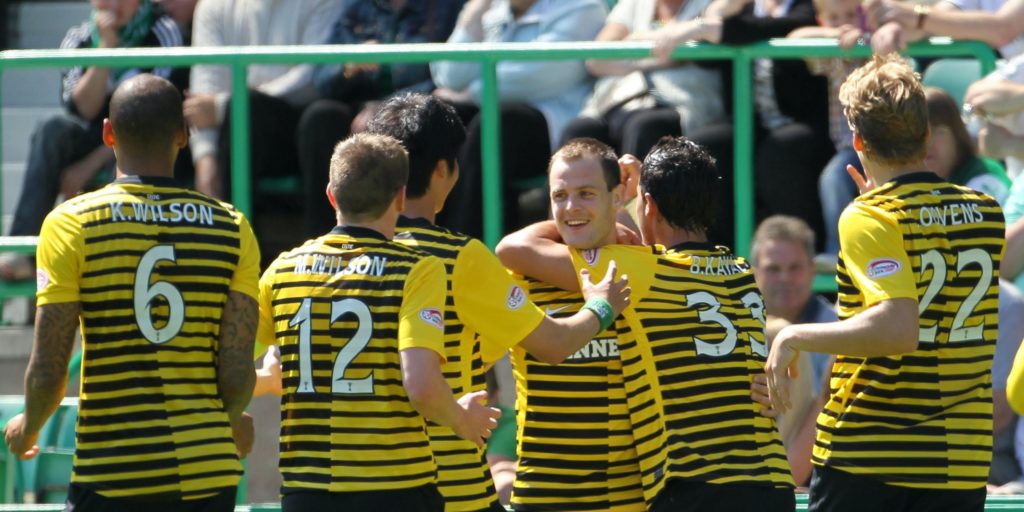 Celtic have been confirmed as Ladbrokes Premiership champions for a ninth consecutive season.

Here, the PA news agency looks at the starting line-up that began that run of title wins with a 2-0 opening-day victory against Hibernian on July 24, 2011.

Goals from Anthony Stokes and Ki Sung-yueng at Easter Road sent Neil Lennon’s men on their way to a record-equalling run of title successes.

The Polish goalkeeper was signed from Dundee United in 2009. He vied, mainly unsuccessfully, with the likes of Artur Boruc, Fraser Forster and Craig Gordon for the number one jersey in the six seasons at the club. Moved on to German side SV Darmstadt 98 in 2015 before returning to his homeland where the 37-year-old now turns out for Miedz Legnica.

The Dutch defender joined Celtic in 2008 from Cardiff. Left four years later for Real Zaragoza and ended his career at the age of 35 last summer when he agreed to terminate his Sunderland contract.

The right-back moved to his boyhood heroes from Dundee United in 2006 and stayed for six injury-hampered years. Managed Airdrieonians for a short spell and now combines punditry with his role as Brechin boss.

The English centre-back had a two-year spell at Celtic between 2011 and 2013 and won two Scottish titles and the Scottish Cup. Returned to Nottingham Forest and then had a season with Rotherham before calling it a day.

The Honduras international is now playing back in his homeland with Motagua after ending his second spell with Celtic last summer. The 34-year-old initially arrived at Parkhead in 2010 and spent nine years in Glasgow apart from 11 months in Saudi Arabia with Al-Fayha.

The 33-year-old Wales midfielder played for hometown side Cardiff before moving to Celtic in 2010, where he stayed for four years. Capped 77 times, he scored in the 6-0 win over Kilmarnock which clinched the title in 2012. Left Celtic for Crystal Palace and now plays in Australia for Newcastle Jets, where former Hoops and Rangers striker Kenny Miller is director of football.

The Israel midfielder stayed at Celtic for five seasons before joining Brighton in 2015, where he played Premier League football. The 32-year-old saw a loan move to Charlton this season cut short by injury.

The classy South Korea midfielder arrived from FC Seoul in 2009 and made the Parkhead club GBP 6million three years later when he moved to Swansea. The 31-year-old also had spells at Sunderland and Newcastle before moving to Real Mallorca and managing one game before the pandemic suspended Spanish football.

A popular player among the fans after scoring the opening goal on his debut in Celtic’s 4–1 League Cup semi-final win against Aberdeen in January 2011. Always a goal threat with a powerful strike. Having previously played for Stoke, Nottingham Forest and Derby, he had a loan spell at Hibernian before retiring to become a pundit.

The 31-year-old Irishman with a nose for a goal had a chequered time at Celtic Park between 2010 and 2016 before Ronny Deila moved him out of the first-team picture. A man of many clubs, and a Scottish Cup winner with Hibernian, his most recent team was Persepolis in Iran.

The Englishman was popular and prolific at Celtic following his move from Scunthorpe in 2010. An old-fashioned poacher, he stayed for three years at Parkhead before returning south to Norwich and then Sheffield Wednesday. The 32-year-old has recently been enjoying success with Wellington Phoenix in the A-League.

The winger was in the early years of his Celtic first-team career, which has been stunningly successful. One of two players to have contributed to all nine title wins along with Scott Brown, who was suspended for the game against his former club. Described as a “Celtic great” by Neil Lennon, who gave him his debut and continues to make the 28-year-old a key player.

After a loan spell from Manchester City in January 2008, the enigmatic Greek striker signed a permanent deal with the Parkhead club and stayed for six-and-a-half years. Moved on to West Brom and finished up at Turkish side Samsunspor when he was 33.

The playmaker was in his second spell at the club following a year at Aston Villa. However, the following month he moved to Wigan and then had spells at Chicago Fire and Hull. The former Scotland international is now a coach with Belgium.