On This Day in 1965: Sir Bobby Moore leads West Ham to European glory 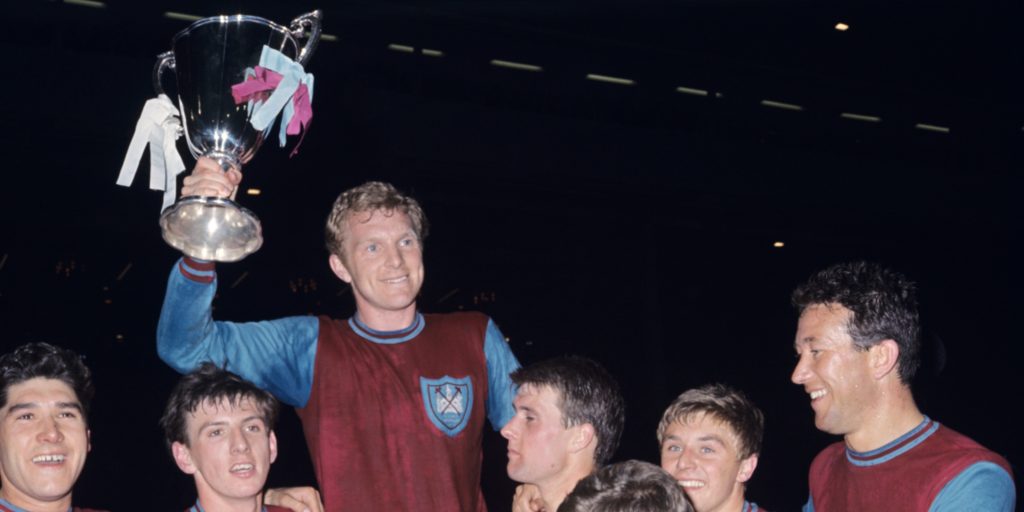 West Ham won their only major European trophy in their history after a 2-0 victory over 1860 Munich in the European Cup Winners’ Cup final.

England great Sir Bobby Moore captained West Ham to the European Cup Winners’ Cup on this day 55 years ago after a 2-0 victory over 1860 Munich in the final at Wembley.

A brace from Alan Sealey secured the triumph as the Hammers got their hands on major European silverware for the first and only time in their proud history.

Moore deserves his place on the list of football’s greatest leaders and, here, the PA news agency looks some of the others who deserve to be recognised for how they marshalled their sides.

“He was not a ranter or a raver or a fist-pumping captain.” That is the recollection of Sir Geoff Hurst of the man who became England’s youngest captain aged 22 in 1963 before leading them in their finest hour three years later. Moore helped West Ham to FA Cup and Charity Shield honours in 1964, following that up a year later in the Cup Winners’ Cup. But the jewel in his crown was unquestionably lifting the Jules Rimet trophy as England made use of home advantage to win the World Cup for the first time.

Known as ‘Der Kaiser’ for his on-field presence and leadership, Beckenbauer, widely viewed as the player to invent the modern sweeper role, became the first captain to lift the World Cup and European Championship. West Germany beat the best of Europe in 1972 and then ruled on the world stage two years later. Those honours were part of a golden few years for Beckenbauer, who won the Bundesliga title on four occasions as well as three successive European Cups from 1974-1976 with Bayern Munich.

A divisive figure by anyone’s standards, Keane was nevertheless instrumental in Manchester United’s near total dominance in the late 1990s and early 2000s. While Keane was captain, the Red Devils won four Premier League titles, two FA Cups and one Champions League, won during the unprecedented treble season. The midfielder may have missed the final due to suspension but his selfless and tireless suspension against Juventus in the last four is often hailed as one of the greatest examples of on-field generalship.

Three of Barcelona’s five European Cups came when commanding centre-half Puyol was captain of the side. Appointed in 2004, Puyol was another to lead by example, synonymous for his floppy hair and wholeheartedly flinging himself around on a constant basis. His tireless work ethic was cited as another trait while team-mates of his have described his tenacity and uncompromising will to win. With Puyol as captain, Barcelona won every competition they competed in at least once.

Edges out Italian compatriots Paolo Maldini, who succeeded him as captain of AC Milan, and Roma great Francesco Totti. On two occasions, Baresi helped Milan recover from relegation and after becoming captain at only 22 years old, he was crucial in their return to becoming a European powerhouse, winning six Serie A titles and three Champions Leagues. His indomitable will was summed up at the 1994 World Cup for Italy, as despite missing most of the tournament through injury, he returned for the final and was able to subdue Brazil striker Romario.